Mr Hun Sen wrote a message on his Facebook page saying that all people, including youths, local and international tourists, should celebrate New Year’s Day at the Win-Win Monument in Chroy Changva district’s Prek Tasek commune, where there will be many festivities, including fireworks.

“December 31st is the last day of 2018. Tonight, my wife and I will celebrate the New Year day of 2019 at Win-Win Monument which has just been inaugurated on December 29,” Mr Hun Sen said.

The 54-metre tall monument, which began construction in 2016, now serves as a reminder of his achievements in securing peace for Cambodia decades ago. The construction is worth $12 million. 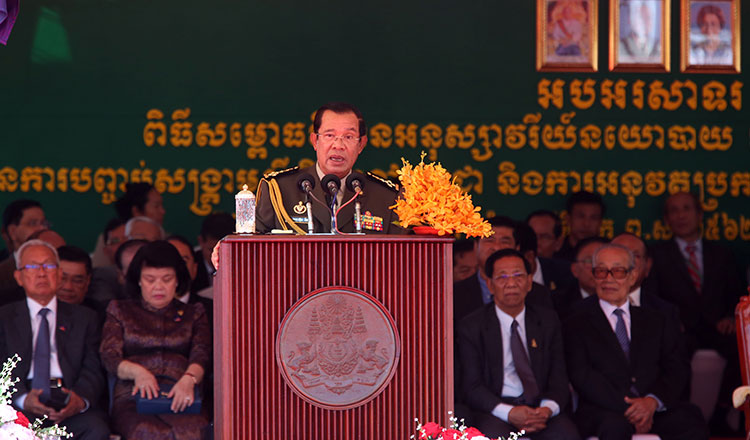 In addition to the monument, an archive was built to store all documents related to the win-win policy.

Mr Hun Sen also sent his best wishes to all countrymen, especially the soldiers being stationed along the borders to protect the territory.

The massive fireworks lit up the sky last night to celebrate the 20th anniversary of prevailing peace and the inauguration of the win-win policy, according to Tourism Minister Thong Khon.

Mr Khon yesterday said that he expected hundred thousands of revellers and spectators to attend the Win-Win Monument and ring in the New Year’s Day.

Mr Khon said that fireworks would light up the sky at 7pm to congratulate Mr Hun Sen’s achievements in securing peace. 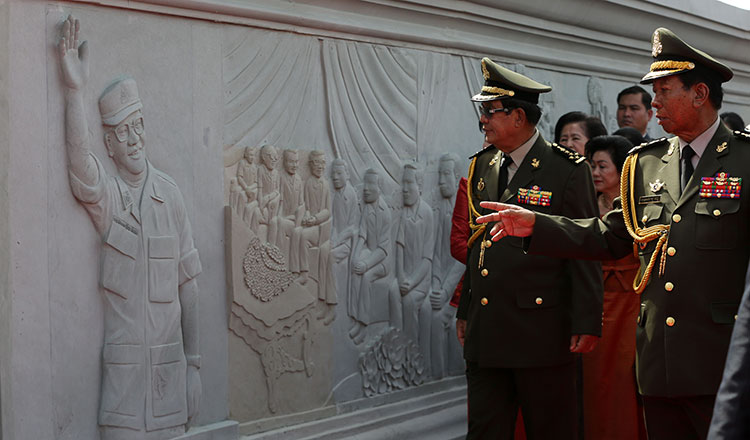 The fireworks would be shot up non-stop in the sky for 55 minutes to ring in 2019, he said.

“We hope that hundred thousands of people will come tonight,” he said, noting that about 600,000 people visited the Win-Win Monument on Sunday.

He said that security was beefed up to ensure safety for the public during the festivities.

“It is Cambodia’s history under the leadership of Samdech Techo Hun Sen in bringing peace for the Kingdom. With prevailing peace, Cambodia develops all sectors,” Mr Khon said.

UDG denies links to naval base