UDG denies links to naval base

The vice president of China’s Union Development Group has dismissed reports that it is involved in the construction of a Chinese naval base in Koh Kong province.

A report published by Asia Times last month said that China has been lobbying the Cambodian government since last year for a port in Koh Kong province on the Gulf of Thailand to be used as a naval base.

The report said the site of the naval base would be within a monumental 45,000 hectare economic land concession, where UDG would be developing “a nearly complete economy, with medical treatment centers, condominiums, resorts and hotels, manufacturing facilities, a deep-water port, and an international airport.”

In the wake of the report, both governments denied the claim and Wang Chao, vice president of UDG, over the weekend also dismissed the claims as he gave the Khmer Times an exclusive look into the company’s plans for the leased land.

Mr Wang noted UDG was granted a 99-year lease of 36,000 hectares in the province’s Kiri Sakor and Botum Sakor districts from the government in 2008 and agreed in 2010 to build a mixed-tourism development at a cost of $3.8 billion, a figure that has since risen.Mr Wang said the group is investing in the development of the province for commercial gain, not to erect a naval base, adding that its business activities were clearly laid out in an agreement with the government.

“We signed an MoU and a contract with the Cambodian government before we started our investment project,” he said. “We have cooperated with the government to ensure that our project runs successfully.”

“If our activities contradict the contract, I think the government would inform us,” he added.

Mr Wang told Khmer Times during a site visit to Dara Sakor Seashore Resort over the weekend that the area is currently available for sightseeing, although some parts are under construction. 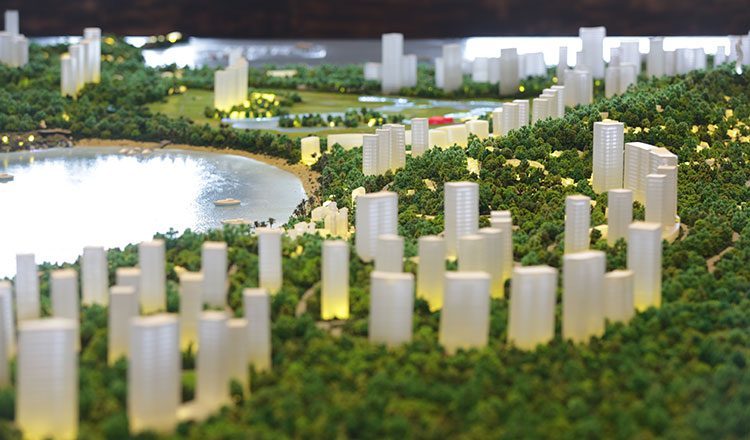 “Please come to see it; there is no military base here,” he said. “I’m guessing that the US has advanced satellite capabilities that could capture photos and videos of the earth. If they really found a military base in this area, then show us please.”

The US raised concerns over the base and US Deputy Secretary of State John Sullivan said it would affect bilateral relations between Cambodia and the United States if it were true.

However, Foreign Affairs Minister Prak Sokhonn told Mr Sullivan that Cambodia’s constitution would not allow the construction of any foreign naval bases in the Kingdom.

Prime Minister Hun Sen also spoke of the Kingdom’s position with regards to the presence of a foreign military base in the country.

During his visit to Vietnam last month, Mr Hun Sen assured Vietnamese Prime Minister Nguyen Xuan Phuc that he would not allow a foreign military base to be established in the Kingdom.

Mr Hun Sen also wrote a letter to US Vice President Mike Pence regarding Cambodia’s stance, saying that the country’s constitution will not let any bases of any foreign navy, armed forces, or air forces be built in the Kingdom.

The newly-appointed Chinese Ambassador to Cambodia Wang Wentian also made it clear during a meeting with Mr Sokhonn last week that no naval base was being built, adding that some western countries always misconstrued the relationship between China and Cambodia.

“I have no idea why the Chinese company abandoned the port,” he said.