The Cambodia Securities Exchange (CSX) closed 2018 at an all-time high of 480.98 points, rising 40 percent year-on-year for a market capitalisation of $442.92 million (1.77 trillion riel) on the back of robust trading in the tail-end of the second half of the year.

The exchange, which features five listed companies and one corporate bond, saw four out of five stocks end higher than a year ago, particularly state-owned Sihanoukville Autonomous Port (PAS), which surged 98.04 percent to a record 10,100 riel, from 5,100 riel, for a market capitalisation of $11,029.62. A total of 4,386 shares were transacted. 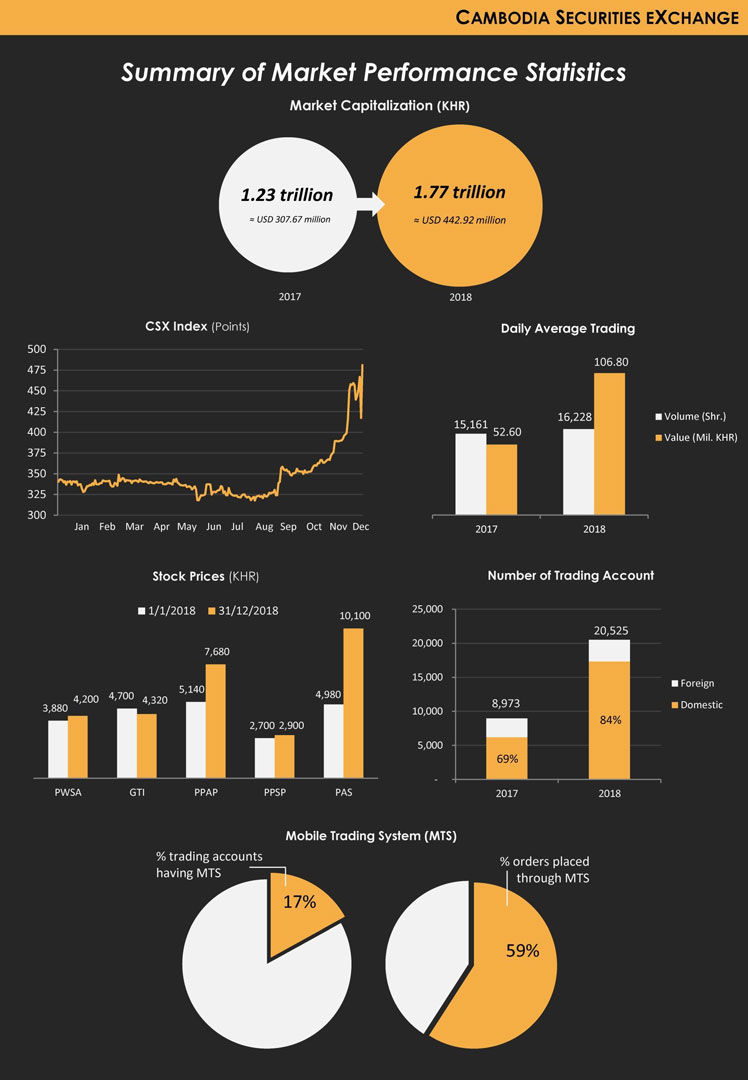 “With the acquisition, KOI became the first Japanese port operator to implement the ‘Act for Promotion of the Participation of Japanese Business in Overseas Infrastructure Projects’ that was enforced in August this year,” CSX said quoting KOI and the Japanese Transport Ministry.

CSX said the number of trading accounts rose to 20,525, from 8,973 early this year, with 84 percent owned by domestic investors.

It said that 17 percent of the trading account owners subscribe to the Mobile Trading System (MTS) – which was launched in mid-2018 to enable investors to place orders and check their balance from anywhere – adding that 59 percent of stock orders were placed via MTS.

CSX previously said the growth in retail participation was fuelled by increased investor education, Cambodia’s economic growth, and an average dividend yield of four to five percent in 2017.