Over the last two decades, thanks to the government’s sound macroeconomic policy, Cambodia has achieved an average of 7 percent economic growth every year. This growth has been inclusive and equitable. In 2015, the Kingdom achieved a milestone by becoming a lower-middle income economy. Moreover, in 2016, the Asia Development Bank described Cambodia as a “New Tiger of Asia”.

This year the government has estimated that economic growth will reach 7.3 percent due to solid growth in the construction, garment, export, agricultural and tourism sectors, coupled with strong domestic consumption.

Trade has been a key element of economic growth. Cambodia exports to 147 countries, with international shipments representing more than 60 percent of our gross domestic product (GDP). At the same time, we have been buying from 135 countries. In 2018, total exports will increase by 18 percent year-on-year, reaching $13 billion.

We hope to see more cooperation among key actors, including ministries, officials at all levels, and the private sector to enable the fourth phase of the government’s Rectangular Strategy to be a success in the sixth mandate, and to have a very productive 2019. 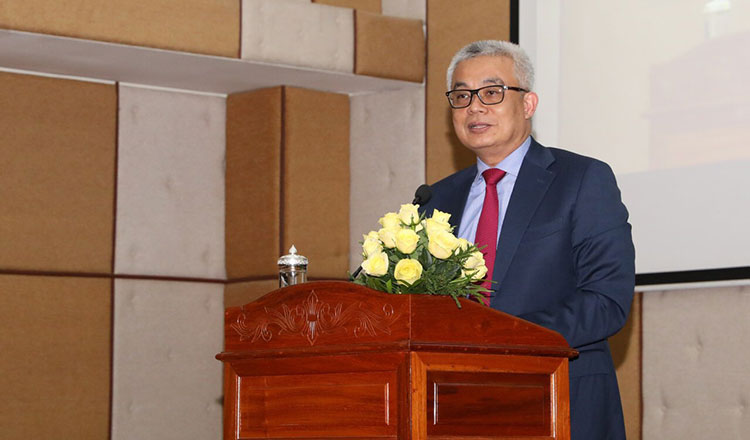 There are a lot of signs telling us that 2019 will be a good year for the country’s real estate sector, particularly in Phnom Penh. Within Asean, our economy is growing the fastest.

Our economy is very dependent on the real estate sector, with Cambodia attracting a lot of foreign investors. Most of these investors are Chinese, followed by Europeans and Japanese. The real estate sector is divided into three important segments – commercial, residential buildings, and land.

In the future, investment will keep pouring in, with the Kingdom still having plenty of land that needs to be developed, and with investors attracted by the positive economic growth projections issued by the World Bank and the International Monetary Fund. 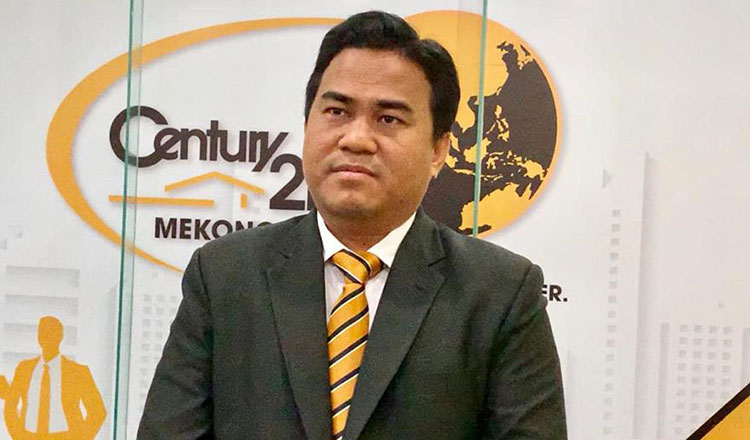 Chhay Sivlin, President of the Cambodia Association of Travel Agents

Despite the general elections this year, which many feared would keep tourists away, the tourism industry performed remarkably well and continues to be on the right track. The number of foreign tourists visiting Cambodia has increased significantly. The number of local tourists is also on the rise due to the government’s policy to boost domestic tourism.

With the industry growing fast, tour operators are updating and improving their operations to meet rising demand for their services. They are investing more in training their staff, as well as creating new packages to attract foreign tourists and make them stay longer.

Cambodia is now drawing attention from a variety of international school networks within the region and across the globe. In addition, partnerships with international educational institutions has grown remarkably as well.

It is my opinion that the education sector should receive more support from the government so that educational institutions can continue to expand to cater to growing demand for high quality education in the Kingdom. 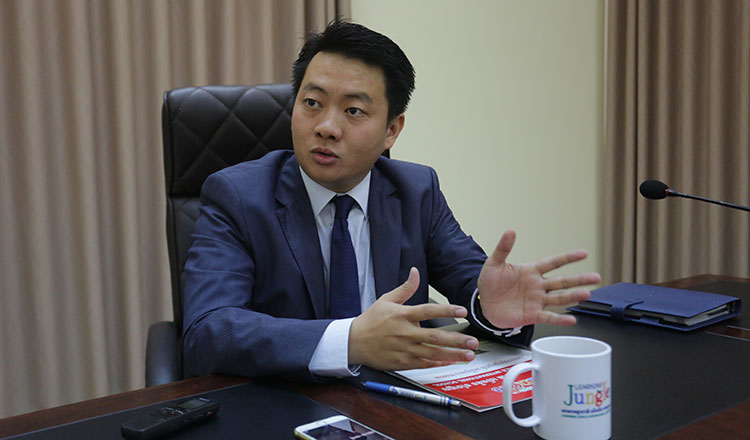 In Channy, President and group managing director of Acleda Bank

This year has been one of the most prosperous in terms of business growth, despite slow growth during the first half.

uring the first half of the year, we faced some serious challenges. Before the election, customers were more cautious about taking out loans, preferring to wait to see what happens after the elections. As a result, loans, as well as other bank products, experienced very slow growth.

In the second half of 2018, fortunately, the quality of loans improved a lot, with non-performing loans decreasing to less than 2 percent. Bank growth picked up and reached a normal pace, with savings and deposits now expected to grow at around 17 percent, and loans projected to expand by 14 percent, compared to 2017.

At the same time, the sovereign credit rate of Cambodia improved by one mark, which means that economic, social, and political stability continues to provide a strong foundation for bank and business growth. 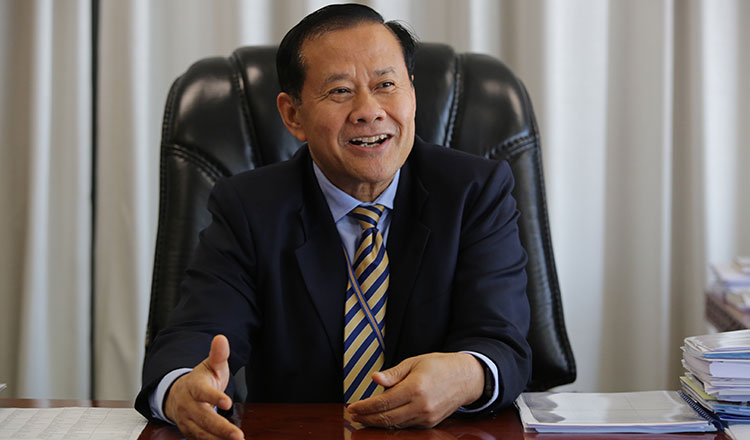 One of the most positive signs we saw in 2018 is that the number of logistics companies registered with the Ministry of Commerce reached 500, a huge increase compared to 2017. Cambodia now boasts all logistics services required for land, water and air transportation.

Besides this, the time that it takes to process paperwork at customs has been significantly reduced from a week to just two days. In addition, we can now process payments through bank transactions. We are working closely with the Japan International Cooperation Agency (JICA) and the Asean Freight Forwarders Federation to improve logistics services and regulation in the sector.

For 2019 we have developed a concrete plan of action. Our goal is to increase the quality and efficiency of the transport and logistics sector. We are expecting a 20 to 25 percent growth in the sector.

However, we are also expecting a challenging year. In the past, we dealt mostly with garments and shoes that were shipped to the European Union and the United States. Now, we are also working with rice, mango, pepper, banana and other agricultural products, as well as electronics, so it is much more difficult. 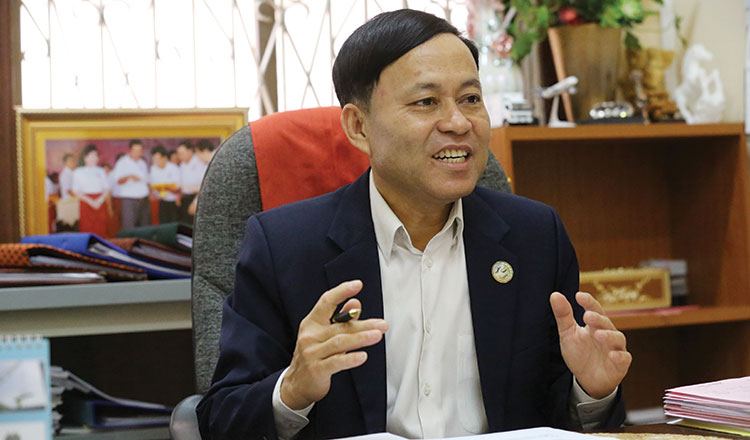 I feel 2018 has been a great year for business, particularly in the tourism sector. Unlike previous electoral years, I do not believe that the national elections in 2018 had a significant impact on the business cycle.

2019 will be the year that Cambodia gets serious about catching up on the technology front. This is the single biggest issue local firms face when competing with companies in the region or the world – we are lagging behind in terms of adopting the latest technologies available. The government is now aiming to turn the country into a digital economy. However, most Cambodian firms have yet to digitalise their processes and adopt new technologies. We need to prioritise this if we want to be competitive.

Next year, the government will also have to focus on developing the legal framework needed to regulate online activities and businesses. There is now a huge void in this regard, and 2019 will be the year to address it. 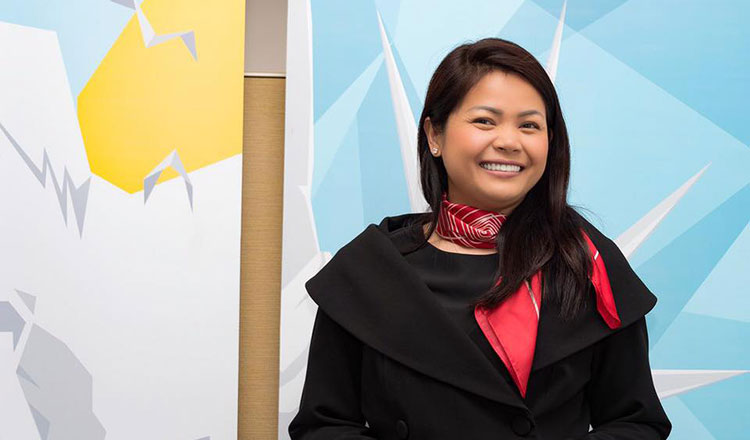