Home - More refugees to face detention in US

More refugees to face detention in US

A lawyer with the Asian Law Caucus in the United States has expressed concern that the Kingdom could see a further increase in deportees for 2019 as the US Immigration and Customs Enforcement agency ramps up the deportation of Cambodian refugees.

There are about 1,900 Cambodians who are facing deportation in the United States, including 1,400 convicted criminals, Nathalie Asher, acting executive associate director of ICE, said last week.

Kevin Lo, an immigration attorney with the Asian Law Caucus, yesterday said ICE agents conduct raids on Cambodian communities every four months, noting that the next cycle of raids will begin in the first week of January.

“We expect ICE to re-arrest about 100 Cambodians by the end of January,” Mr Lo said, adding that ICE has told the Cambodian government to expect to receive about 200 Cambodians annually over the next few years. “At this intense pace, all of the Cambodians with old removal orders could be deported within a decade.”

He said that the Asia Law Caucus has a nationwide hotline for Cambodians who are at risk of re-detention.

“We would encourage people to request documents from their criminal and immigration court proceedings, since that could take a few months at least,” Mr Lo added. “It would not be surprising if ICE began re-arresting Cambodians next week around Christmas.”

Lieutenant General Prok May Oudom, spokesman of the General Identification Department, yesterday said his department will be ready to provide identification documents for those deported from the US.

“I have not yet received any information about receiving 200 Cambodians annually, but we will continue to monitor the situation and inform the Interior Minister,” Lt Gen May Oudom said. “We will cooperate in accepting those people. They are Khmer who have the right to receive those [identification] documents.”A recent report released by US Immigration and Customs Enforcement noted that there has been a spike in the number of Cambodians deported. The report said 110 were deported thus far this year, up from 29 last year.

Mr Lo noted after the report that US Immigration and Customs Enforcement has deported a total of 146 Cambodians so far this year after the most recent batch to arrive are accounted for.

Last week, 36 Cambodians convicted of committing crimes and deported from the United States arrived in Phnom Penh, where they were greeted by police and NGO officials before being transferred to a Khmer Vulnerability Aid Organisation office.

Bill Herod, spokesman for KVAO, yesterday said his organisation will continue to help Cambodians deported from the US. 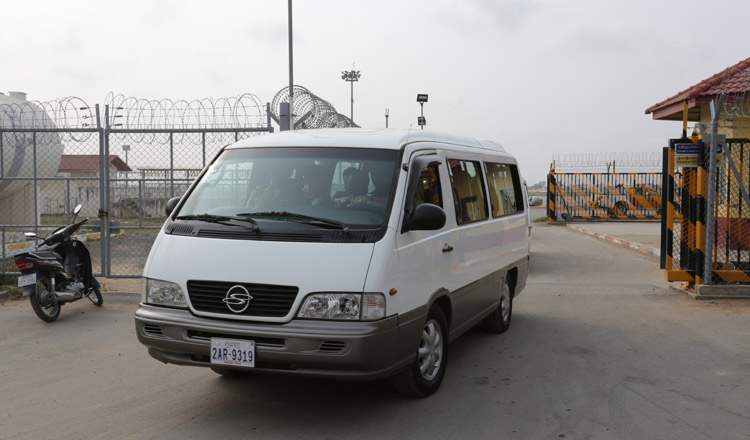 “KVAO will continue to provide resettlement services to Cambodian refugees who are repatriated from the US,” Mr Herod said.

“We want the United States to reconsider this due to the impact on human rights by expelling them from their families,” Mr Siphan said. “This is going to be their new life here in Cambodia – a country they have never known.”

Between 1975 and 2000, the US accepted about 145,000 Cambodian refugees as part of an influx of Cambodians displaced by war.

The US has since begun deporting many of them convicted of crimes under a deal signed between both governments.