Authorities in Preah Sihanouk province on Saturday removed leftover construction materials littered on public sidewalks after more than a dozen companies failed to meet a December 20 deadline to clean up.

Provincial authorities removed bricks, steel, and construction tools from multiple construction companies who failed to comply with a letter issued on December 7.

In the letter, construction site owners were instructed by the provincial administration to remove all clutter, including sand, gravel, bricks, steel, cement and other materials.

Trucks leaving construction sites must be covered in order to avoid dirt, gravel and sand from spilling, the letter said. Owners had until December 20 to remove the debris and erect fences around construction sites.

Provincial Governor Yun Min yesterday said even after the deadline, some companies had yet to follow the letter’s instructions. 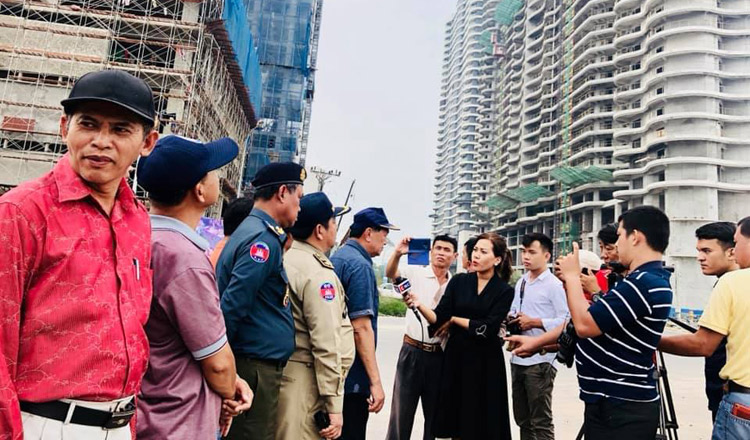 Mr Min said provincial authorities on Saturday removed debris and materials from some construction sites in the province, noting that companies could be shuttered for failing to comply.

“There are two measures: the first is that we continue to instruct and educate the companies,” he said. “The second is if they don’t listen, then we will take administrative measures.”

Mr Min added that a working group has been set up to ensure cooperation from the companies.

Ly Chetniyum, a member of the working group, yesterday said authorities cleaned up after 25 construction sites since the deadline, noting that one company has been temporarily suspended for failing to erect fences.

“Any company that leaves materials on sidewalks will face legal action, regardless of who owns it because we’ve already issued a notice,” Mr Chetniyum said. “So those who failed to adhere to the notice, your materials will be confiscated, you will be re-educated, and you may even have you operation suspended.”