Lower Sesan II hydrodam, which will become one of the Kingdom’s biggest power-generating dams, today is officially operating after more than four years of construction in Stung Treng province.

The dam is jointly invested by China’s Hydrolancang International Energy with 51 percent, Cambodia’s conglomerate Royal Group with 39 percent and Vietnam’s EVNI with 10 percent.

The investment was worth about $800 million.

Prime Minister Hun Sen said that it was the country’s biggest power-generating dam to respond to the rise of consumption and reduction of electricity cost. 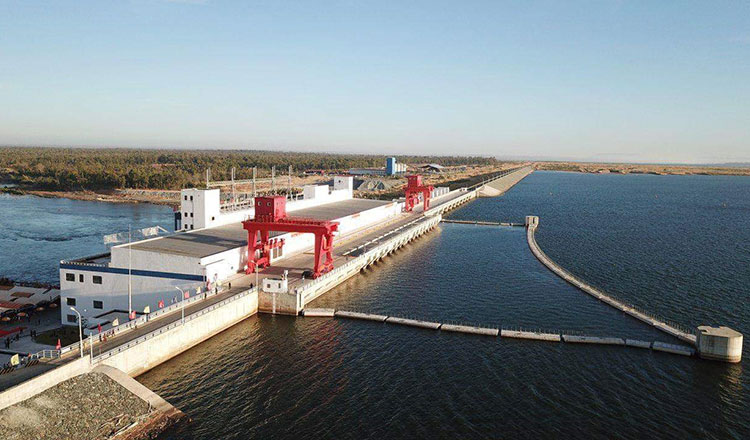 “We are very proud of inaugurating Lower Sesan II hydropower dam. It is the big achievement jointly invested by China, Cambodia and Vietnam, and the first hydropower invested by Cambodian investor, Oknha Kith Meng,” he said.

A representative of Hydrolancang International Energy said that the dam’s operation showcased development of Cambodia’s power sector in line with China’s One Belt, One Road.

“Today is marking a new milestone with an official operation of Sesan II hydrodam to develop power sector in Cambodia and it is also a big achievement in implementing One Belt, One Road,” the representative said during the inauguration.

“Sesan II hydrodam is a very important project and one of the big investment projects in Cambodia under the government’s support. Since it started in February 2014, we together worked smoothly to deal with some challenges for the project’s success,” he said.