Meanwhile, the US embassy in Phnom Penh called for the government to drop treason charges against former opposition leader Kem Sokha.

Mr Hun Sen wrote a message on his Facebook page yesterday saying that the Kingdom marked Human Rights Day on December 10 every year to promote rights and freedom of expression, equality and dignity.

Mr Hun Sen said that during the Khmer Rouge regime, people were deprived of their rights, including the right to live, right to get medical treatment, right to education, and right to marriage. 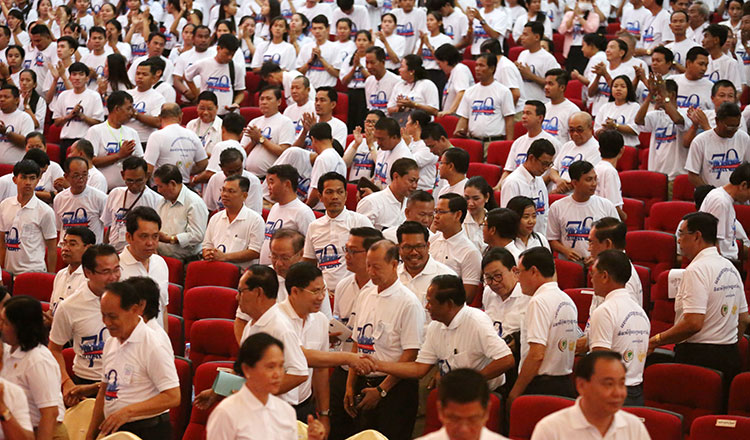 “Pol Pot’s genocidal regime deprived people of all rights and forced them, including both young and old people to work so hard. People died without medical treatment as about three million were killed during three years, eight months and 20 days,” he wrote.

Mr Hun Sen said that after the Khmer Rouge regime was toppled on January 7, 1979, people received full rights and freedom, free elections were conducted while the country was developed.

ÚS Embassy spokesperson Arend Zwartjes said in an email that the embassy also called for the government to restore independent media and lift the political ban on former opposition members.

“We call on the government to promote national reconciliation by restoring independent media, releasing Kem Sokha and other political prisoners and ending the ban on the political opposition,” Mr Arend said.

Government spokesman Phay Siphan said that Mr Sokha’s fate is in the hands of the court.

“It seems that the embassy is forcing the government to do as it wishes, but in fact Kem Sokha’s case is under court jurisdiction,” Mr Siphan said. “Human rights issues are covered in the law and it is not dictated by somebody’s mouth.” 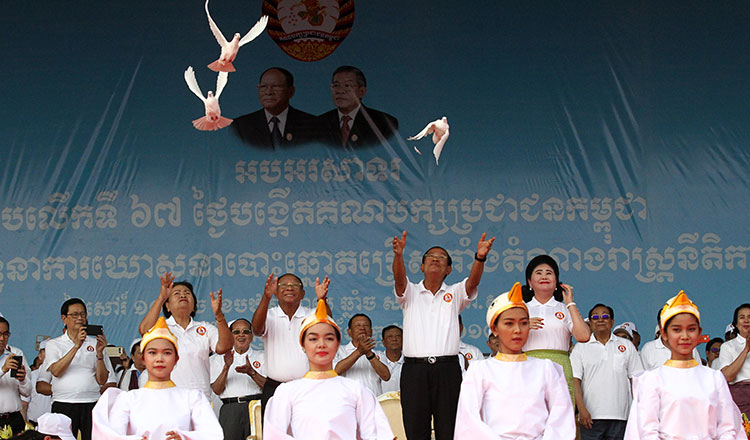 Mr Sokha yesterday appealed to his countrymen to refrain from inflicting sufferings upon each other and respect each other.

Mr Sokha said in his Facebook post that without basic human rights, the country’s peace, development and national reconciliation could not last long as sufferings and disunity would prevail.

“In order for our society to secure unity, peace and development, we must stop causing each other’s sufferings, respect each other’s rights and create a social environment where people in all political tendencies have the basic human rights such as the right to live and especially freedom of speech and the right to participate in social development without fear and discrimination,” he said.

Mr Sokha was arrested on treason charges on September 3 last year for allegedly colluding with the US to topple the government through a colour revolution while the CNRP was also dissolved by the Supreme Court last year. Its 118 senior members were also barred from politics for five years.

Mr Sokha was released on bail from Tboung Khmum province’s Trapeang Phlong prison on September 10 after a year behind bars without trial and is currently on bail pending trial.

The National Assembly is currently reviewing an amendment to the political party law that could pave the way for hundreds of former opposition members to have their political rights restored, including Mr Sokha.

News fixer for RT to be deported from Thailand