Home - News fixer for RT to be deported from Thailand

News fixer for RT to be deported from Thailand

A news fixer detained in Thailand at the request of Cambodian authorities will soon be deported over his role in the production of a sex trafficking documentary produced by Russia Today.

Rath Rott Mony was detained by Thai authorities on Friday while at a visa office as he attempted to seek asylum in the Netherlands.

In October, RT’s “My Mother Sold Me” documentary went viral and angered the government, which dismissed it as fake news after a Cambodian mother who appeared in it speaking of selling her daughter’s virginity confessed to have received money for acting in the film.

The documentary detailed destitute families in Cambodia selling off their daughters’ virginity for about $400 each, and when the girls’ virginity was lost, they were then forced into prostitution.

Pokpong Lawansiri, a United Nations Human Rights officer in Thailand, told Long Kimheang, Mr Rott Mony’s wife, in a conversation she shared with Khmer Times yesterday that her husband is currently being detained at a Immigration Detention Centre in Thailand.

“He will be detained there until Cambodian police come to take him. The Thai Immigration Bureau will be reaching out to Cambodian police,” Mr Pokpong said in the conversation. “The process might take about one week.” 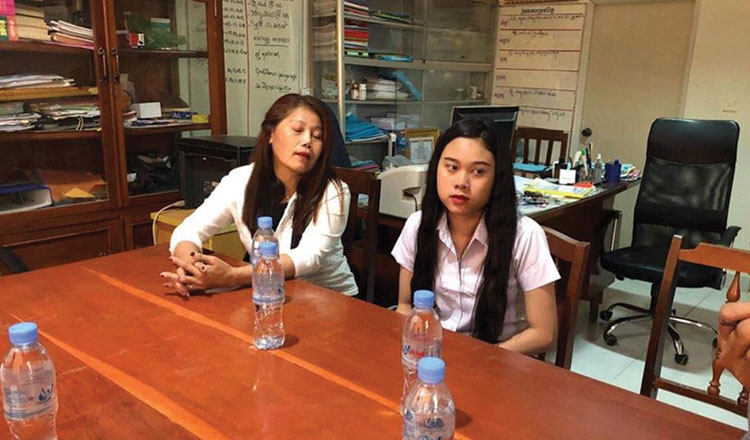 Ms Kimheang said she fears her husband will be put in jail once home without a fair investigation over the documentary he helped produce.

“My husband did not distort the truth and he did everything to respect the law,” she said. “I fear that he will be put in jail after he is deported.”

Ms Kimheang said that she was also concerned for her own safety.

“I’m concerned that the government will take this as an excuse to arrest me at the same time,” she said. “As a land rights defender, I helped victims. I was warned before and I stepped back from my activities.”

In a statement to Khmer Times yesterday, Russia Today said: “We are highly concerned about the detention [of Mr Rott Mony] and are doing everything we can to help resolve the situation, including via diplomatic channels.”

Ms Kimheang, along with RT, maintains that what was shown in the film was the truth, despite Kav Malay and her daughter Khieng Sreymich retracting their statements from the film over the sale of Ms Sreymich’s virginity.

“I do not want to say anything about diplomatic talks, but this guy committed a crime,” Gen Sopheak said. “Action should be taken against him. He will not be free.”