Rubber export prices saw a continuous decrease this year impacted by uncertainties created by the US-China trade war and a surplus of rubber in the international market, insiders said yesterday.

“The fall in prices is caused by the US-China trade war which is putting pressure on China, a big rubber importer, to fight for cheaper rubber prices. This is resulting in an oversupply of rubber in the global market,” he added.

Cambodia’s rubber is exported to Vietnam, Malaysia, and Singapore. The Kingdom does not export directly to China.

Lim Heng, vice-president of An Mady Group, echoed Mr Sopheak’s comments, saying the fall in prices is the result of the US government’s imposition of tariffs on Chinese goods.

“We cannot predict price changes because the world’s economy has changed very quickly. For example, the Trump administration has imposed tariffs on China’s products,” he said. 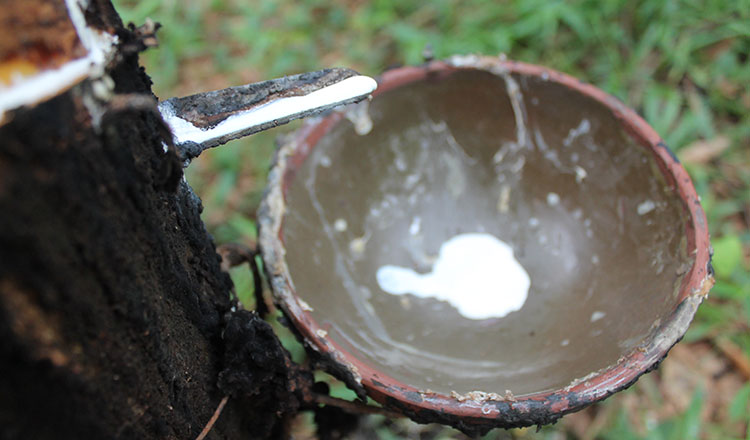 Meanwhile, he called for the Cambodian government to put mechanisms in place to facilitate the country’s export procedures and attract more investors.

“The rubber export tax is still an issue for the local rubber exporters because the government takes $50 in taxes per ton of rubber, which sells for $1,000 or more. However, our production costs amount to $1,400 or more per ton.

“We would like to request the government not to tax rubber exports because other rubber-producing countries do not tax the sector,” Mr Heng said, adding that giving tax incentives will attract investors into the country.

Despite the decline in prices, from January to October, Cambodia exported 161,527 tonnes of rubber, an increase of 23 percent compared to the same period in 2017, according to the ministry.

There are 129 companies involved in the rubber business in Cambodia, 30 of which are harvesting and exporting rubber.

Watertight contracts for franchise business a must