Five people were injured yesterday when a bus flipped on its side after hitting the side barrier of a road in Koh Kong province’s Koh Kong district.

Brigadier General Kao Bun Kim, provincial deputy police chief, yesterday said that a True Money Transportation Company bus crashed at 1.20 pm at a portion of a road which was still under repair in Tatai Krom commune.

He said there were 44 passengers headed for Tatai resort and the bus driver was speeding on the section of the road under repair which was still not tarred.

“The road is under repair and was only filled with small stones,” Mr Bun Kim said. “The driver was speeding and lost control of the vehicle when it skidded on the stones before hitting the side barrier.”

He added that police and local authorities helped the passengers out of the bus and sent the injured to the provincial referral hospital for treatment. 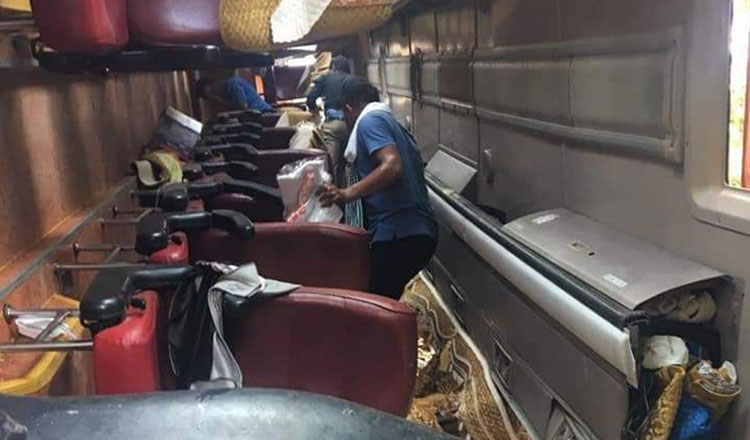 “Five people were injured, two of them seriously,” Mr Bun Kim said. “We arrested the driver and took him in for questioning at the district police station.”

He added that police have called in the bus company’s officials to discuss the accident and resolve compensation issues with the passengers.

In an October report, the Interior Ministry’s Department of Traffic Police and Public Order said that from January until September, 1,313 people were killed in traffic accidents in the Kingdom. It noted 3,427 people were injured, 2,198 of them seriously.

The report added that this was an increase from the same period last year when 426 people died and 1,216 people were hurt in traffic accidents.

NagaWorld to plant 1,000 trees for a greener Cambodia