“We are expanding like crazy,” chief executive Song Te said, speaking to reporters in Phnom Penh.

“There’s a lot of demand” from Cambodians, Mr Song said, citing a fast-growing economy that has raised living standards and consumption. Cambodia’s economy will grow at 7 percent in 2018, outpacing any other Southeast Asian nation, according to Asian Development Bank data.

The number of cinema goers in Cambodia is expected to rise by 25 to 30 percent in 2018, similar to that of the last three years, Mr Song said.

But with rival cinema operators increasingly getting into the mix, jostling for popular locations, industry players are fighting for their share of the pie, Mr Song admits.

Property costs are also rising as foreign investment pours into Cambodia, he said. 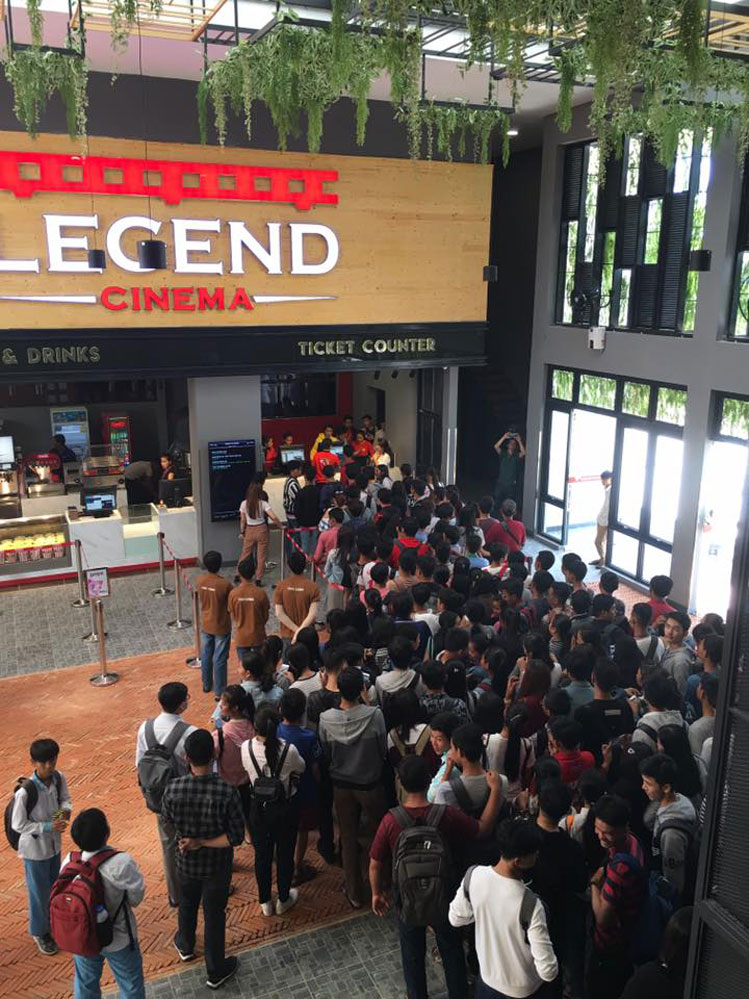 Among Legend’s biggest challenges is the firm’s lack of experience due to its relative youth in the industry, Mr Song said.

“Our biggest competitor is from Thailand, where the industry has been around for 30 to 40 years,” said Mr Song. Legend, on the other hand, only hires Cambodian staff.

“We want to prove that Cambodians can do something great,” said Mr Song.

Mr Song’s idea for Legend came over a trip to Singapore to watch Avatar, a blockbuster hit that raked in $2 billion in ticket sales over 58 days.

Taken aback by the thought he had to make an overseas trip just to catch a movie, Mr Song became determined to bring the latest international films to Cambodia. He now sources the latest film projection and audio equipment from Singapore.

“We used to have second-hand equipment in our theatres. Now we have new laser projectors and the latest Dolby surround sound systems,” Mr Song, an electrical engineer by training, said.

Despite the rising threat of competition, Mr Song voices optimism about the opportunities that lie ahead for Legend Cinema.

The company has managed to be profitable enough to fund expansion needs, he notes.

“There is still a lot of growth for the industry,” even in Phnom Penh alone, said Mr Song. He estimates a city of this size needs about a hundred screens. Phnom Penh has about 60.

Number of internet users up this year