One fine day, a family is driving to Niagara Falls for, probably, a holiday. The mother is seated in front, the father in the driver seat and the 13-year old boy Julian (Elisha Henig) is seated at the back. While the couple is chatting happily, the boy is a little quiet and distant. Tantrums? Perhaps more than that. Then their car breaks down, which compels them to pull over at a motel for the night. In the night, the mother tucks the boy to bed and sings him a lullaby. Morning comes and both parents are found dead – the father sprawled dead in the bathroom, the mother lies dead near the bed; both have white stones covering their eyes appearing like some kind of a religious ritual. The suspect? 13-year old Julian (Henig) staring at the corpses, not unaware of his action, but traumatised of what he had just done.

Why did he do it? Julian seems to be a sweet boy. He was even seen bringing the couple their breakfast tea. Were the couple secretly abusive of Julian? Was Julian the kind of an absurdly jealous kid who doesn’t want his parents to be too affectionate with each other? (as he was snooping while the couple had sex in their room) But seriously, why?

Numerous whys are sure to inundate your brain as you watch just Episode One of the second season of USA Network’s ‘The Sinner’. A whydunnit (colloquial elision for ‘Why did it?’) series, that instead of focusing on the who or the what of the crime, ‘The Sinner’ deviates from the usual detective, crime procedural drama; rather, it goes after the reasons why the crime was committed in the first place. It delves more on the why of each character’s deed, which, as a whole, assembles the why of the entire story. 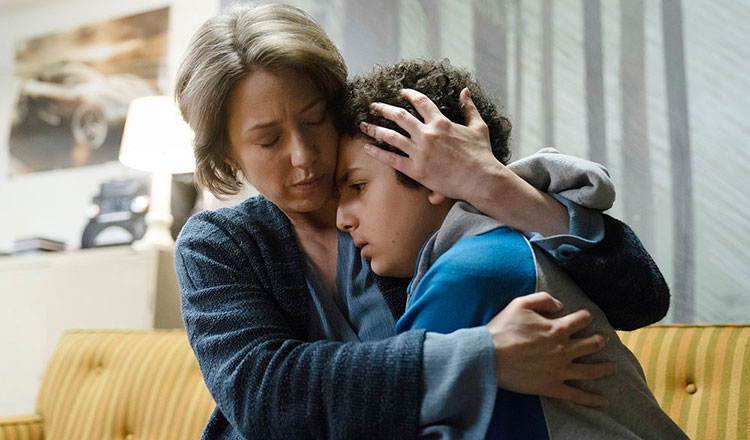 For most of us who are accustomed with the concept of whodunnit series, wherein we, viewers, join the characters as they intelligently piece together the puzzle confounding a crime and eventually find the culprit, ‘The Sinner’ could be a breath of fresh air.

‘The Sinner’ makes it painfully obvious for spectators that 13-year old Julian (Henig) did commit the crime, even in the first twenty minutes of the first episode – which literally stirs the viewers thinking of how a kid could strategically murder his parents by mixing jimson weed in their tea. I mean, apologies to my botany professor, but I, for one, cannot distinguish what a jimson weed looks like and at my age, I wouldn’t even know that it’s highly toxic. And what makes it much more captivatingly frustrating is the dragged uncovering of the motive behind the homicide.

‘The Sinner’ does not only focus on learning about the trauma that might have caused Julian’s action. It also follows through the ordeal of each person in his immediate orbit that could have contributed to the kid’s odd connection to people.

Julian’s birth mother Marin (Hannah Gross) was raped by Jack (Tracy Letts), the father of his own girlfriend Heather (Natalie Paul) – which explains why Julian was unwanted and unloved when he was born. Vera (Carrie Coon), Marin’s trusted friend and Julian’s foster mother, who loved and raised him like her own, espousing him with intensely good values but unknowingly gearing the boy to become the ‘perfect man’, as she leads the cult called Mosswood Grove, where members heal their deepest pain and memories by channeling violence into a medium, literally another member.

In fact, ‘The Sinner’ stems a twisted intricacy of connection among each character that is somehow unlikely linked at first view. Every character is sketchy but hard to let go, for they would lead you to knowing another subliminal facet of the story. What you see is what you don’t actually get. For instance, the couple in the motel wasn’t actually Julian’s parents – thus making everybody think that he was kidnapped. But he wasn’t, actually. Every time you think you might have figured it out, the story will traverse you into a much more unconventional revelation of the truth. It will definitely pull you in until the credits of each episode roll.

However, the drawback with this kind of mind-boggling themes is the challenge of being able to perfectly tie the knot in the end. As gripping as its beginning, viewers would expect a much more jaw-dropping ending. Julian, in the end, was rehabilitated and was reconnected to his nearest kin, and has finally visited Niagara Falls without killing someone along the way; while his foster mother Vera burned down the cult’s service church signaling a new beginning for her.

‘The Sinner’ suffers the usual “great concept, weak ending” pattern. It could be the much riveting sense of build-up at the beginning that didn’t compensate much in the end, or probably the too complicated plot twists that ruined the focal “why” of Julian’s crime, but still it’s worth to binge watch.

Though, it was not profoundly described why it crossed Julian’s thoughts to murder the couple who would bring him to his favourite place and eventually reunite him to his biological mother Marin, the ending would still give viewers a sigh of relief considering Julian’s horribly eccentric experiences as a thirteen-year-old boy.

But for some reason, the “why” in Julian’s horrendous deed is something that viewers cannot just literally point their finger in a particular scene. Understanding the “why” of the boy’s actions needs an all-encompassing process of reflection of the entire series itself.

From a larger point of view, ‘The Sinner’ is very much a scrutiny of parenting in general, circling back to the significance of child upbringing, family and home. Who bears greater responsibility for a 13-year-old’s misdemeanor? Will it be the parents? Or the child himself? Or in this case, who bears greater responsibility for Julian’s act of murder? Can it be blamed on the way he was raised under a cult leader foster mother? Or can it be blamed on the mere fact that his entire existence lies in a blur?

The “why” of the story cultivates much deeper questions on the whole context of Julian’s reasons of committing the crime – questions that will even make you doubt who and why did ‘The Sinner’ sin.

The creepy-crawlies inside us