The Interior Ministry and Cults and Religion Ministry are working together with religious leaders to discourage drug use within religious institutions and educate people about the dangers of drugs.

“Due to issues involving drugs, the Royal Government of Cambodia […] and the National Authority for Combatting Drugs are trying their best to strengthen law enforcement,” Mr Kheng said during a workshop on “Religion without Drugs”.

“We will not let drugs grow and spread, we will control the situation,” he added. “We have been cracking down on drugs and we have also implemented anti-drug laws.”

Mr Kheng noted that in order to combat drug abuse, the ministry has established rehabilitation centres for addicts throughout the country. 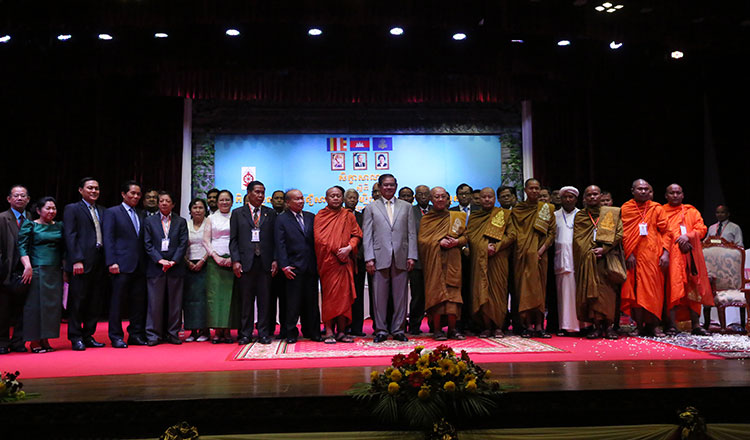 “Until now, we have arrested distributors and sellers,” he said. “We have also cracked down on cases of mass smuggling of drugs and have established drug rehabilitation centres – though they vary in size and quality of services provided.”

“Currently, we are building a large rehab centre in Sihanoukville. We will do whatever it takes to prevent drug use from permeating among religious practitioners such as monks because the drug problem is interrelated,” Mr Kheng added. “If a society has problems with drugs spreading, then the problem can also reach religious practitioners. That’s why we need to educate the general public on the issue of drugs.”

Minister of Cults and Religion Him Chhem said Cambodians are proud of harmony among different religions and that the ministry will focus on faith free from drugs.

“Cambodia is proud to have a variety of religions, and there has never been conflict or disagreements among religious practitioners,” Mr Chhem said. “The ministry tries its best to resolve any problems in order to ensure peace for all people.”