The statement was made during the 25th anniversary of the International Coordinating Committee for the Safeguarding and Development of the Heritage Site of Angkor in Siem Reap province.

Mr Hun Sen said the government’s stance on heritage site encroachment is often taken advantage of by political parties who accuse it of violating human rights.

“Political parties always use land protestors when there’s an upcoming election,” Mr Hun Sen said. “If we allow people to encroach on land located in heritage sites, our temples will lose quality and will no longer be world heritage sites.”

“In order to maintain the quality of our world heritage sites, we have no choice but to evict those people and demolish their houses,” he added.

Mr Hun Sen said the evictions of hundreds of families from Angkor Archaeological Park has led the public to accuse the government of violating human rights, especially when demolishing illegally built homes within the park.“This is why they’re accusing my government of being a dictatorship. They accuse my government of violating human rights and housing rights, but they do not consider what the reality is,” Mr Hun Sen said. “I do not want anything, only proper judgement on what is considered a violation of human rights. We have to protect heritage.”

He said that the Preah Vihear temple was also listed as a world heritage site, forcing authorities to relocate villagers in order to maintain the temple’s status.

Mr Hun Sen noted that before a temple site can earn world heritage status, there are a number of requirements that have to be met such as banning the construction of tall buildings.

“I hope that Cambodians will understand that we have to maintain these thousand-year-old sites built by our ancestors,” he said. “It is our duty to protect it.” 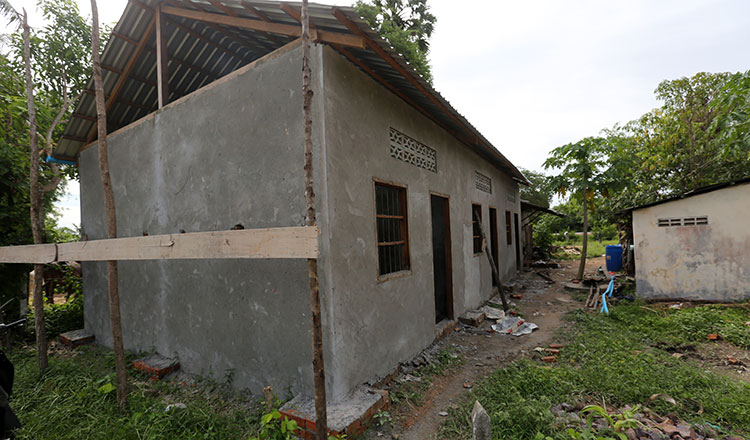 Am Sam Ath, monitoring manager with human rights group Licadho, alleged that many of the people evicted from the park grounds had gotten permission to build homes from local authorities.

Last year, the Apsara Authority identified and began demolishing nearly 600 homes constructed within the park illegally.Many of the structures – shops, homes, or expansions to homes – were built before the commune elections last year with permission from local authorities only, including village and commune chiefs.

Locals claimed they were under the impression this gave them the right to move forward with the construction, especially since it would have been impossible for the Apsara Authority not to be aware of their activities.

But the authority says only it can grant permission to build within the park because unapproved structures can harm the park’s reputation and world heritage status.

Mao Chou, a 60-year-old resident who built a home within the park, said yesterday that she knew it was wrong to do so.

“We know that it was wrong and we will relocate if the government provides somewhere else for us to live,” she said.