Home - Chinese investment in Cambodia to diversify into SME finance

Chinese investment in Cambodia to diversify into SME finance

“There is market potential here. Right now, the statutory governing body (in China) is not that complete or rather it is not very comprehensive, so there is a lot of grey areas. This makes it difficult especially for SMEs which want to borrow from banks,” Mr Wong said.

Speaking to Khmer Times on the sidelines of a business mission event organised by HKTDC, he said SME microlending is the way to grow the sector.

“I think it is a positive area as it is needed. Chinese investors are interested in developing these types of institutions although they are aware that there are more than 40 financial institutions operating in Cambodia,” he added.

There are now just a few China-based banks operating in Cambodia, including the Industrial and Commercial Bank of China and the Bank of China, as well as microfinance lender Prince Microfinance.

Yum Sui Sang, the chairman of the Hong Kong Business Association of Cambodia, said most participants at the HKDTC’s meet-and-greet session were representatives of the financial sector, including bankers, as well as professionals in the telecommunications and insurance sectors.

Mr Yum told Khmer Times that the Chinese financial industry is currently studying the local market to identify the areas that have the greatest investment potential.

“I am sure there is more room for business ties between the two economies to continue growing. Recently, Cambodia benefitted greatly from rising production costs in China and the resultant realignments in the supply chain.

“The country has been attracting private and public investments in infrastructure, manufacturing and the logistics sectors that added momentum to Cambodia’s economic development,” he said.

The fact is, Mr Wong said, Cambodia is an important country under the Belt and Road Initiative (BRI), and more trade opportunities will emerge between Cambodia and mainland China, with Hong Kong serving as a platform for professional services and a financial centre for investment.

“In terms of supporting the BRI, HKTDC connects businesses and capital to projects and opportunities across different countries with our wide array of events and platforms. We hope that through our channels, quality manufacturers, suppliers, traders and investors can jointly tap into the burgeoning Asian and international markets,” he added.

He noted that the Asean-Hong Kong free trade agreement, expected to come into effect in January, will further strengthen economic ties between Hong Kong and Asean countries by facilitating the flow of goods, services and investments. 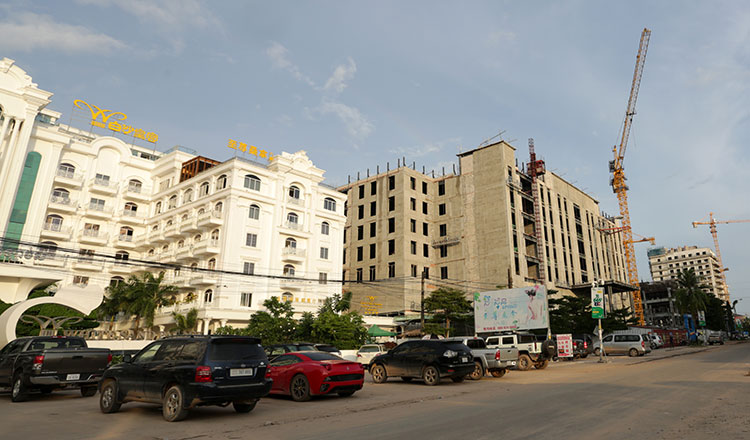 “You can see the strong relationship between the two countries. There is no doubt it would definitely grow but it also depends on Cambodian support including licensing. China has already given Cambodia a lot of quota.

“Having said that, Cambodian exporters should be honest. There are incidences of rice types of different qualities being sold as the same. Cambodians must know what is good and it must be maintained. There is a market outside but it depends on how Cambodians react. It is both side, not just exports. Cambodians must compete with other countries. Competition is very important,” he said.

Asked about the rise in Chinese investment in Cambodia in the face of the US-China trade conflict, HKDTC’s Mr Wong confirmed the increase but noted that is not the result of tensions between the world’s two largest economies.

He foresees that a lot of manufactures will relocate to Cambodia on the back of a surge in labour and operational cost in China.

“It is very expensive. We are looking at all types of labour intensive manufacturing that are showing an interest in moving here. However, the relocation would also depend on the skills. Previously, they were garment manufacturers that moved to Cambodia but now they could be electronics factories as well,” he added.

“As China moves up the value chain or technology evolves, factories are looking to shift to places where labour is cheaper than China. The possible sites are Myanmar, Bangladesh and Cambodia, where we can find relatively cheap labour,” Mr Wong said.

So are Chinese real-estate investments in Cambodia passé? Mr Wong disagreed, saying that real estate remains the traditional business in this region as “everyone wants to have their own house”, so this investment would not go away.

“Real estate is still a necessity rather than an investment,” he added.

However, Mr Wong pointed out that high-priced properties that only cater to foreigners, particularly Chinese nationals, could decrease as developers change their mindset and build units for locals.

“They can’t keep doing this because in China there is a lot of problems, like measures to control the outflow of foreign exchange. I think if developers here continue to focus on the Chinese market, they will not make any profit at all. So, I believe they will diversify and start catering to local needs,” he added.

OPEC works on deal to cut output, still needs Russia on board