He said the accused was charged with theft and faces up to three years in jail if convicted. Mr Oeun is now in prison pending trial.

Brig Gen Bora said that on Tuesday the accused, as chief monk, conducted a Kathin ceremony to raise funds to support monks and build a fence around the pagoda in Sampov Ngour village.

He added that more than 200 villagers took part in the ceremony which ended on Wednesday.

Brig Gen Bora said that Mr Oeun collected about $4,900 from the villagers and kept the money in his room. He added that on Wednesday night, the accused locked the pagoda gates and his room door.

Brig Gen Bora said that the next morning the accused told his monks that his room was broken into and his desk was destroyed. He also said that the money kept in the desk was missing. Mr Oeun alerted commune police later on Thursday.

Brig Gen Bora said that at about 4pm on Friday, provincial police in collaboration with local police investigated the break-in and found a hammer and axe, which they suspected was used to smash the room door and desk. 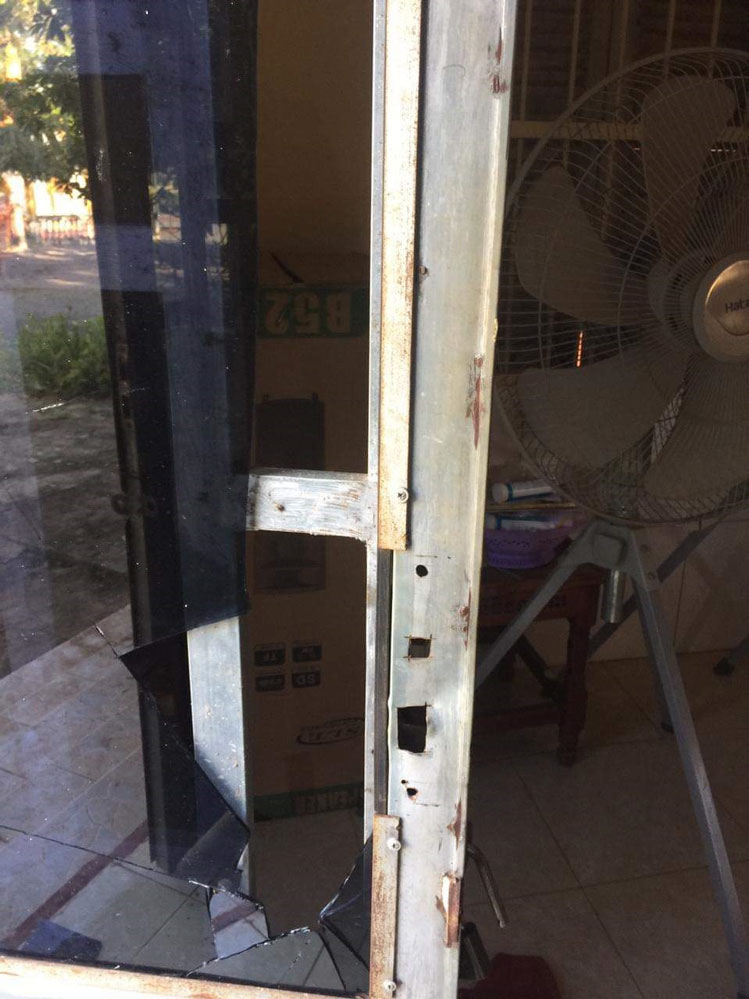 He added that police also saw that the accused had a minor injury on his right hand and arrested him on suspicion that he was behind the break-in.

“During his interrogation at the provincial penal police department, he confessed to committing the crime,” Brig Gen Bora said. “He said he was married before becoming a monk and had a daughter who was ill.”

“He also claimed that his ex-wife could not repay a micro-finance loan and he wanted to help her and his daughter who is being treated at a hospital in Phnom Penh,” he added.

Brig Gen Bora said that after his confession, police took Mr Oeun to the provincial religion and cult department where he was defrocked.

He said that police later took the accused to his ex-wife’s house in the commune and recovered the stolen money.

He said that before becoming a monk, the accused had been married and had three children.

“He was a bad monk,” Maj Duong said. “His actions affected the monkhood’s reputation and go against Buddhist teachings.”