National Assembly president Heng Samrin yesterday called on youth to maintain hard-earned peace in the Kingdom following decades of war as he commemorated the 40th anniversary of the Solidarity Front for the Development of the Cambodian Motherland.

Mr Samrin made the appeal as he, one of the founders of Solidarity Front for the Development of the Cambodian Motherland, along with thousands of officials yesterday commemorated the 40th anniversary of the founding of the SFDCM in Kratie province’s Snuol district. 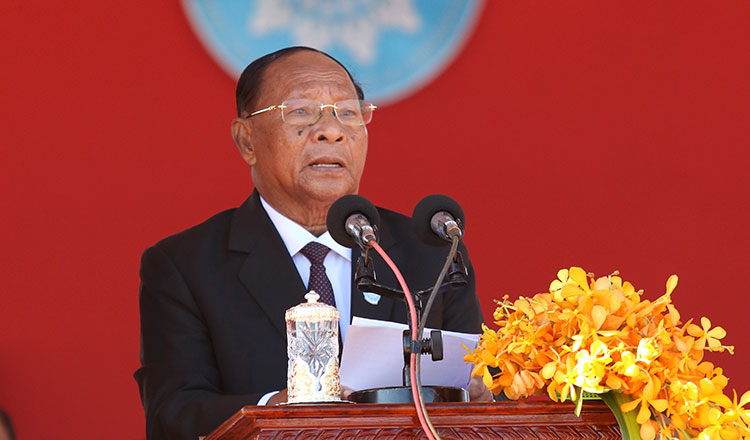 About 30,000 officials, armed forces personnel and students attended the anniversary to mark the December 2, 1978, establishment of the SFDCM in Snuol district’s Pi Thnou commune.

“I want to send messages to soldiers and the young generation who will succeed in leading the country, please remember that the United Front was founded on December 2, 1978, and became an important mirror of history for Cambodian society,” Mr Samrin said. “Together, we must maintain peace forever after the old generation sacrificed their lives to earn it through blood and tears.”

Mr Samrin said that Cambodians were reborn after the Khmer Rouge regime was toppled in 1979, by which point an estimated 1.7 million people died of execution, overwork, diseases and starvation.

“After liberation on January 7, 1979, Cambodian people were reborn,” Mr Samrin said. “Cambodia has faced a lot of obstacles. With one hand, we built the country and with the other hand, we tried to prevent the genocidal regime from returning.”

He said that once there was peace, there was democracy, human rights and development which contributed to better living conditions for people.

“If peace slips away, we will lose everything,” Mr Samrin said, noting that the SFDCM brought about major development to the Kingdom.

“We are celebrating this great event as Cambodian people are living in harmony with freedom,” Mr Samrin said. “We are proud of achievements we have made after the historical day on December 2, 1978, especially the huge victory for the Cambodian People’s Party which won the parliamentarian election recently.”

Mr Samrin also expressed his thanks to cadres and youths of SFDCM, especially Vietnamese volunteer troops who sacrificed themselves to topple the murderous Khmer Rouge regime.

“We are deeply thankful to a friendly country and compatriots who assisted in the country’s salvation,” he said. “Everything which is reality cannot be deniable as SFDCM troops were just established, but they won the people’s hearts nationwide, and huge support from Vietnamese troops,” Mr Samrin said.

Sambo Manara, a history professor at Pannasastra University, said that the founding of SFDCM was indispensable for Cambodians to escape the Khmer Rouge regime. 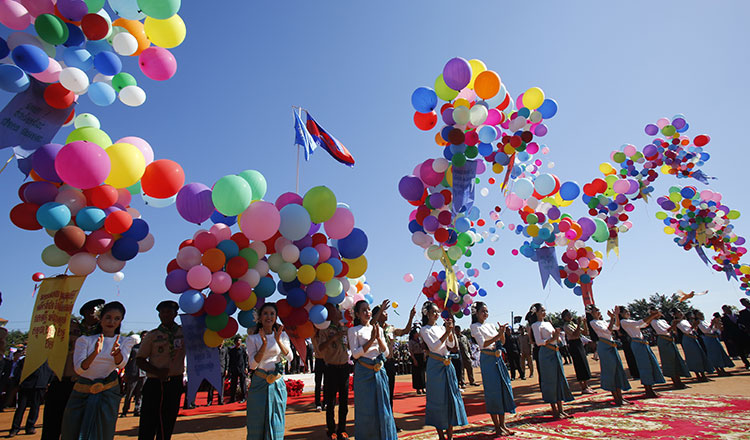 “It was the victorious initiative for our people to nurture willingness to salvage the country,” Mr Manara said. “The United Front on December 2 beaconed hope for all Khmer patriots.”

Mr Manara said that the public, ruling CPP as well as future leadership had to respect the spirit of SFDCM which helped overthrow the Khmer Rouge.

“I think that the United Front has value we have to remember and commemorate. Although it was founded by the Cambodian People’s Party in 1978, we have to promote it because we worked together to free the country from the Democratic Kampuchea,” he said.

Rainsy made acting president of the dissolved CNRP