It says, “So I was talking with a friend who I haven’t met for seven years now. We discussed about life in general and I shared how frustrating these months have been for me. With a seemingly shocked face, he responded ‘It is surprising to hear that from you. You look like you’ve got it all figured out. You’re always organised. You look like you know what you want and go with a direction. I mean, I see you posting happy photos online’. And then it hit me.”

That friend of mine added, “People tend to define others based on social media posts. That’s only 10 percent of what really is happening. You don’t get to see the 90 percent consisting of days of hard work or nights of staring at the ceiling wondering what you should be doing next.”

And aren’t we all guilty of the other thing— only presenting the best parts of our lives on social media? However, studies have even proven that using social media too much makes people feel worse about themselves on average.

As of the third quarter of 2018, Facebook had 2.27 billion monthly active users. Each user access the social media platform an average of eight times per day. Every day, 35 million people update their statuses on Facebook. That means 35 million updates, 35 million unique emotions and 35 million lives partly open just because they updated the whole world of what’s happening.

Question is, how is the world supposed to handle that?

It’s vital that we gain wisdom about the social media giant. Our wish to connect with others and express ourselves come with unwanted side effects. Social media may in fact be leading us away from the belonging we sought in the first place.

Looking at its deeper impact, how does our, and everybody else’s, online presence affect our mental stability and health? 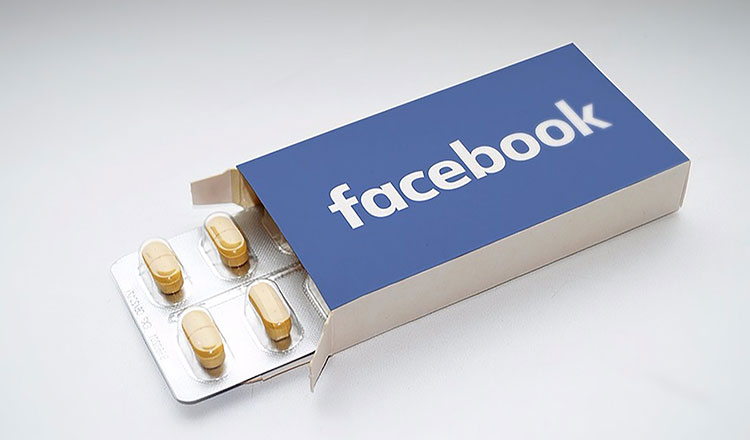 In a nutshell and as mentioned, we assess our own experiences against what we believe our experiences should be. We sometimes over-expect and overanalyse everything.

But when comparing what we have against that of our Facebook friends’, we become our own worst enemy. Primarily, the platform only highlights the ‘best bits’ from our short Facebook timeline, usually if not every time, the exact opposite of our entire life’s work.

And guess what, 90 percent of the people on your list will believe that what you post speaks the whole story. Whether it’s something you’re proud of or a series of rants or a simple photo, most of our so-called ‘virtual friends’ won’t bother asking us the back story, the how’s and the why’s of whatever’s posted on our timelines.

Unfortunately, more than half of the Facebook users want sympathy or attention or at least a ‘reaction’. And whenever it’s not given to them, that’s when the risks enter.

In fact, a recent research conducted by Pennsylvania University points out that the more time we spend on social media, the more disturbed and lonely we become. It also puts anyone at a greater risk for depression.

And it does happen to everyone, even to celebrities. Selena Gomez, Ed Sheeran, Ariana Grande and others took their time off from using social media. Well, they somehow add to whatever the non-famous people face – you know, bandwagon.

From facing bullying, receiving harsh and mean messages and even harassment from online haters, there are plenty of reasons why stars go on a social media detox. Which only proves that spending a lot of time browsing whatever social media feed is not exactly good for the mental health. That even the well-established people suffer from the same negative impact.

While there’s no fixed time limit for browsing that will help you maintain better mental health, lifting it to less than 30 minutes might help you make a change in your overall well-being.

Yes, even if we try to deny, we all tend to compare our lives to a distorted version of other people that has all the sad, boring and so-so parts edited out. We all do that to either aim higher or pull ourselves together or the other way around. We all do that to create a new perspective, an alternative avenue without considering that they’re humans too and that what we are seeing is only the tip of the iceberg.

We all need to be reminded that the use of social media itself is not a negative activity. We all do it, don’t we? However, we need to think about how and when we are online. And make our online activities as healthy as possible, especially to our mental health.

Going back to my university friend, she ended her Facebook post with this, “You see, life is hard for everyone. And a simple ‘How are you?’ would mean so much. It’s hard when people expect so much of you. To anyone reading this: Cheer up! You’re doing just fine.”

It’s true, we all fight our own battles in ways only us know. Some prefer to keep it private but some also share it out loud. After all, what this world needs, especially after we created a new world virtually, is a little care.

If you’re reading this, you are doing just fine.

Answer the call and get on your bike!