The National Assembly yesterday launched the memoir of its president Heng Samrin, detailing his struggle to overthrow the Khmer Rouge regime and rebuild the country after decades of war.

Titled “The People’s Struggle; Cambodia Reborn,” the 148-page memoir is aimed at giving readers insight into Cambodia’s rehabilitation after the Khmer Rouge regime was toppled in January 1979.

The launch of the memoir comes before the 40th anniversary of the United Front for National Salvation’s founding, slated to be commemorated on December 2.

Mr Samrin’s memoir narrates that as a soldier as well as a great guerrilla commander, he played an important role in the country’s political and economic rebirth. Now he is president of the National Assembly and honorary president of the Cambodian People’s Party. 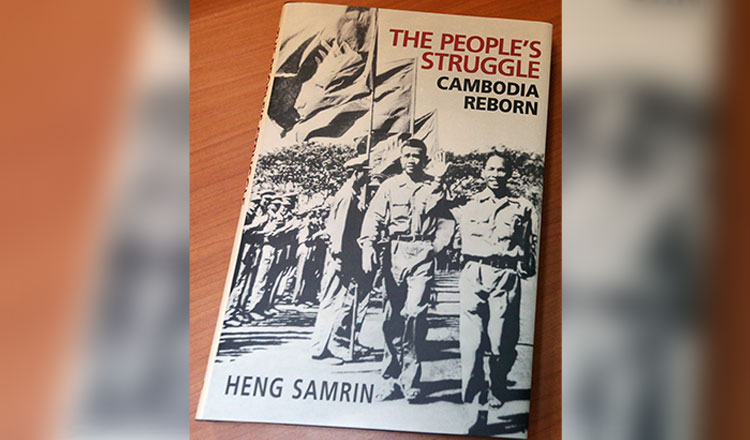 During yesterday’s launch at the National Assembly, Social Affairs Minister Vong Sauth said that the launch came ahead of the 40th year anniversary of founding of UNNS in Katrie province’s Snuol district on December 2, 1978.

“Since we founded United Front on December 2, 1978 to January 7, 1979, it was only one month and five days to fight and topple Pol Pot with millions of armed forces,” Mr Sauth said. “United Front was mixed forces to fight against Pol Pot’s regime, first with Vietnam’s assistance and second, we won the people’s hearts.”

“Without support from the people, even how strong the forces of United Front were, we could not topple Pol Pol with a duration of one month and five days,” he added.

Born to a peasant family in Kampong Cham province in 1934, Mr Samrin became founder of Kampuchea United Front for National Salvation, which was formed on December 2, 1978, in Kratie province, the book says.

After January 7, 1979, Mr Samrin became head of state of People’s Republic of Kampuchea and secretary-general of the Kampuchean People’s Revolution Party. The book also recounts how So Phim, the long-serving eastern zone commander of the People’s Revolution Army of Kampuchea, was purged by the Khmer Rouge in 1978.

“I always remembered So Phim’s advice. There are only two ways: ‘life or death’. If we were going to die, we would do so with dignity,” Mr Samrin writes in his memoir.

“Enemy aircraft distributed leaflets accusing eastern zone commander So Phim of being a traitor; the deputy secretary of the district, a man called Han, ordered troops to kill him. In armed clashes between his bodyguards and the district troops, So Phim was killed in Prek Pou,” the book says.

“They used his body as evidence that the accusation of treachery against him were true and that he was in fact dead,” it adds. “I had no choice. I decided to leave my family and go back to the forest to keep fighting.” 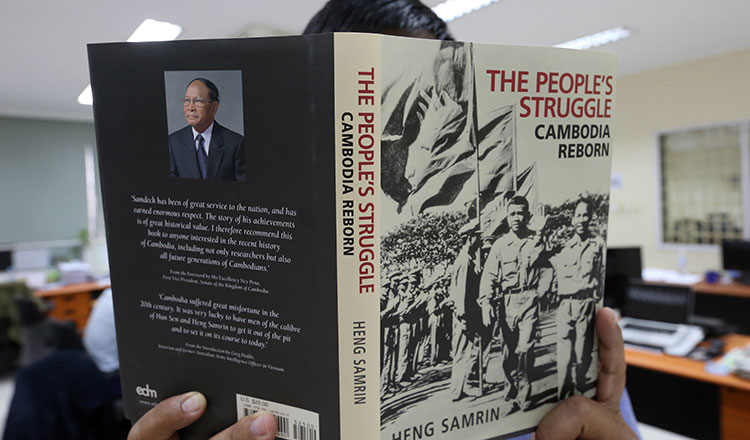 Ney Pena, former first vice president of the Senate, penned on the book’s back page that Mr Samrin earned great respect for rebuilding the country.

“Samdech has been of great service to the nation, and has earned enormous respect. The story of his achievements is of great historical value. I therefore recommend this book to anyone interested in the recent history of Cambodia, including not only researchers but also all future generations of Cambodians,” said Mr Pena, who died a few months ago.

Youk Chhang, director of the Documentation Centre of Cambodia, said yesterday that history has a role in present life as it shapes how people think of the future.