Phnom Penh Municipal Court on Saturday charged an Algerian man who allegedly tortured his Cambodian lover by forcing her to use drugs and have sex with him even when she was unwell.

He noted that the accused was arrested on Tuesday and was on Saturday charged with cruelty. He faces up to five years in jail if convicted and is now in prison pending trial.

Captain Ly Huoth, a municipal police officer, said that according to a report filed by the 30-year-old victim on November 15, she met the accused through Facebook in May 2017.

He noted that both chatted often on messenger and formed a relationship. Cap Huoth said that they later started living together at Mr Chenimi’s rental house. 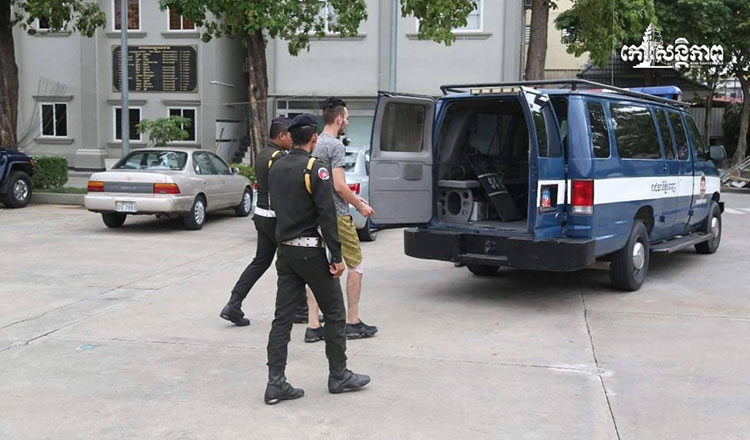 He said that the accused was an alcoholic who forced the victim to smoke cigars and drugs, and often beat her when she refused.

“Every time he got drunk, he forced her to have sex with him,” Cap Huoth noted. “Sometimes when she was unwell and could not have sex, he would beat her and rape her.”

“His cruelty caused her to have a nervous breakdown,” he added.

Cap Huoth said that in May this year, Mr Chenimi forced the victim to beg for $10,000 from her parents by lying to them that she was pregnant.

He noted that after receiving the money, the accused took the victim for a holiday in Malaysia, Thailand and Vietnam, where he spent all the cash.

Cap Huoth said that in mid-November, the victim could not bear Mr Chenimi’s cruelty and left him to live with her family in Sen Sok district.

He noted that she told her parents about what the accused did to her and they took her to file a complaint with the municipal military police on Tuesday.