Mr Hun Sen posted message on his Facebook on Saturday, saying that three-day Water Festival was held successfully with people enjoying it nationwide.

“Peace prevails in Cambodia as we celebrated the big festivals in the country and it attracted millions of tourists annually,” he said.

Mr Hun Sen thanked armed forces and authorities for maintaining public order so that the festival was held smoothly.

More than 2 million people visited the festival, according to the report of the National Committee for Organising National and International Festivals. 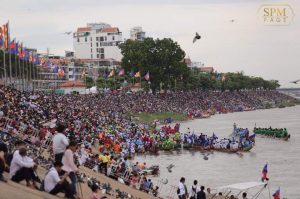 Mr Hun Sen also appealed to the public to clean trash for the sake of good environment and health.