Cambodia notched up their first win of the 2018 AFF Suzuki Cup yesterday evening – a 3-1 win at the Olympic Stadium here handing them all three points against their out of depth Laotian rivals.

Chan Vathanaka was on target midway through the first half, scoring his second goal of the group stage. In the 36th minute, Preah Khan Reach Svay Rieng midfielder Prak Mony Udom stepped up to convert the spot-kick and help ensure the Kouprey’s went into half-time with a commanding two-goal cushion.

In a tense- second period, Somxay Keohanam put the visitors back in the tie with a fine effort in the 76th but Keo Sokpheng was on hand to restore Cambodia’s leads just moments later. 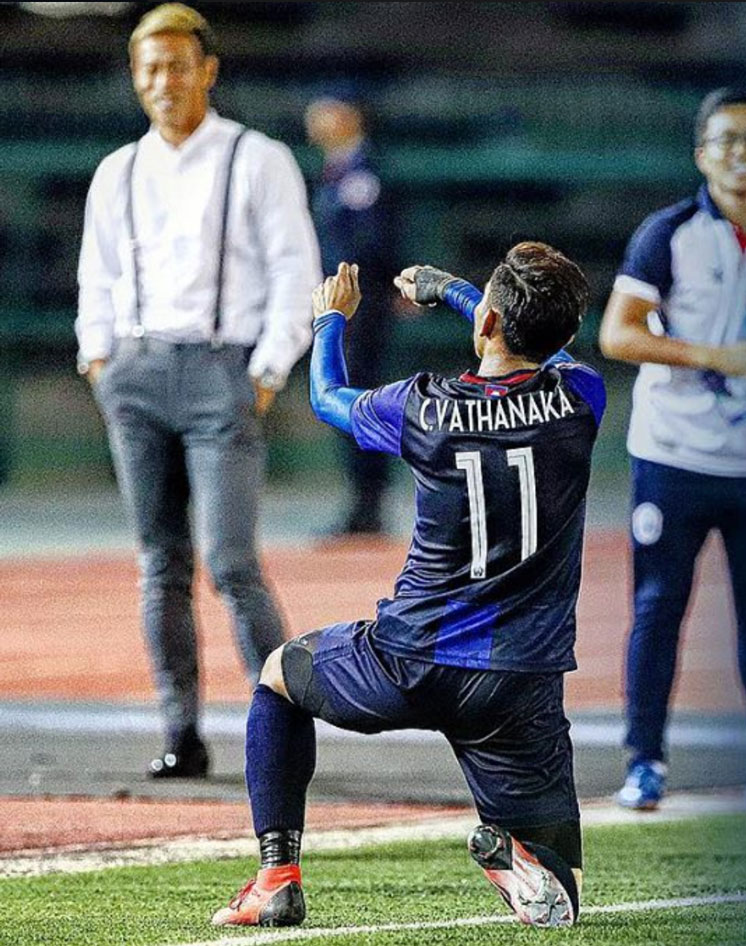 The Angkor Warriors play one more fixture on Saturday against neighbours and perennial rivals Vietnam before wrapping up a disappointing first tournament campaign for management duo Keisuke Honda and Felix Dalmas.

In other evening action in Group A, there were no goals as Myanmar and Vietnam played out a first goalless draw of the competition.