CCC head Meach Sophana said the committee has netted 138 types of illegal goods and substandard medication in 10,465 packages from a pharmaceutical company in Sen Sok district.

Some of the goods included contraceptive pills, toothpastes, salves and antibiotics. 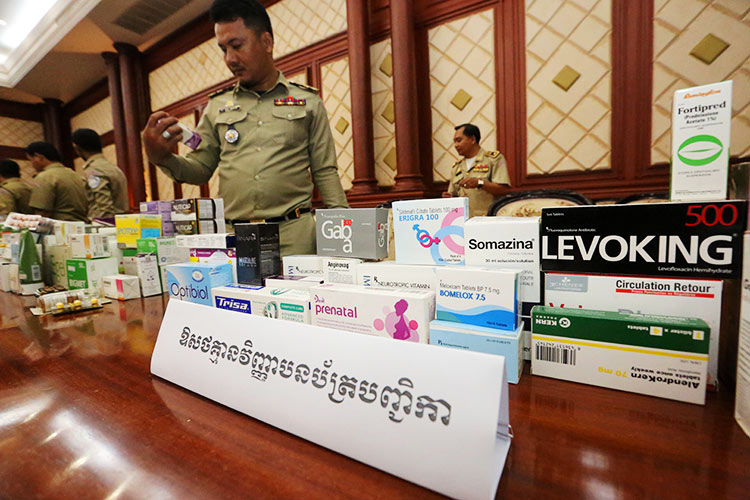 “We confiscated more than 40 tonnes of goods, including those imported without a license,” Mr Sophana said. “We will send the evidence to court, while some of the goods were sent to be tested in labs.”

“A company manager was also arrested,” he added.

Mr Sophana said the goods were produced in Pakistan, Bangladesh, France, India and Germany. He added that the company planned to distribute the products across the Kingdom and other countries.

“We appeal to those who hope to gain from issues like this,” he said. “Please stop before we crack down on you.”

“Without cooperation from relevant institutions, the crackdown will not be affective,” Mr Hun Sen said. “All countries must cooperate in order to combat it.”

He added that offenders must be punished and that each country should establish a team of experts to regulate the trade of substandard products.

PM to visit Laos in December