Judges of the Extraordinary Chambers in the Courts of Cambodia are expected to issue closing order against former Khmer Rouge navy commander Meas Muth before next year, tribunal spokesman Neth Pheaktra said during a Cross Talk discussion with Khmer Times yesterday.

The closing order will determine whether Mr Muth should stand trial under the court’s jurisdiction, he said.

“The closing order to be issued by the end of this year will determine whether Mr Muth is under the court’s jurisdiction,” Mr Pheaktra said.

However, Mr Pheaktra noted that a judicial investigation on Mr Met in Case 003/02 was terminated in June 2015 following his death.

Mr Muth was charged in absentia in March 2015 with genocide, crimes against humanity and breaches of the 1949 Geneva Convention.

“We want to see progress in cases 003 and 004 and learn the reason why the regime was so cruel,” Mr Khon said. “These acts cannot be done without leaders giving orders to subordinates.” 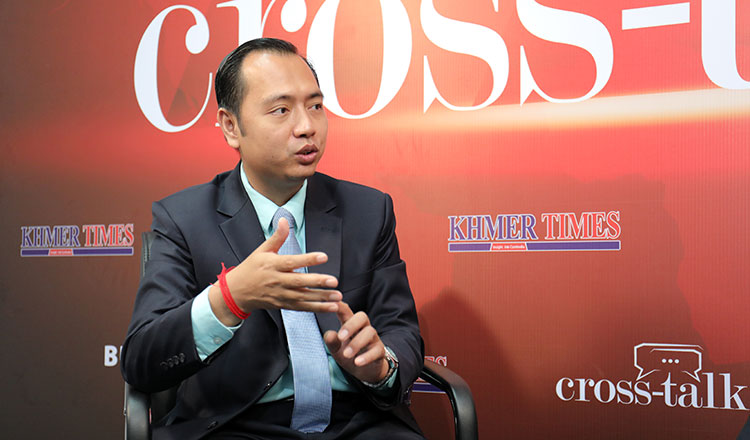 “I have no comments or expectations of the closing order – I would like to only see the result,” Mr Udom said. “Mr Muth is now 80-years-old. His health is fine. He is living in Battambang province like an ordinary elderly man.”

“They dismissed the case because according to the judges’ evaluation of the evidence collected during the investigation, Im Chaem was not subject to the ECCC’s jurisdiction,” Mr Pheaktra said. “Which means that she was not a senior leader of the Khmer Rouge.”

The Extraordinary Chambers in the Courts of Cambodia, a joint establishment between the Cambodian government and the United Nations, has so far tried three senior leaders of the brutal regime and sentenced them to life imprisonment, including Kaing Guek Eav, alias Duch, who commanded S-21 torture centre.

Ieng Sary, the former Foreign Affairs Minister and his wife Ieng Thirith, former Social Affairs Minister, died in 2013 and 2015 while Pol Pot died in 1998 before prosecution.

On Friday, the Khmer Rouge Tribunal convicted Nuon Chea and Khieu Samphan to life in prison for genocide in case 002/02. Both men were already serving life imprisonment for crimes against humanity in case 002/01, which concluded in 2014.