The Cambodian Mine Action and Victim Assistance Authority on Friday said that from 1979 until September this year, 64,769 people were injured or killed by unexploded ordnances in Cambodia.

The report was released by CMAA vice president Sem Sovanny at a workshop on mine risk management in Siem Reap province.

It said that since 1992, the government, in collaboration with international donors, has demined 1,545 square kilometres of land and destroyed about one million anti-personnel mines, more than 24,000 anti-tank mines and two million other ordnances left over from war. 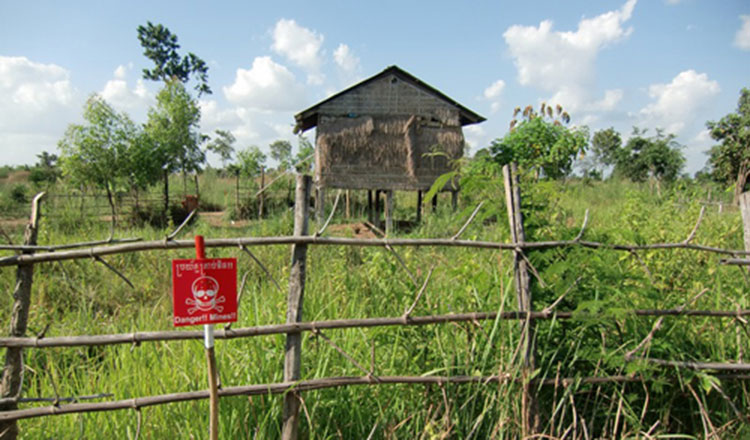 Mr Sovanny noted at the workshop that the landmine problem has affected the country’s development.

“The wars in the past have left many parts of Cambodia riddled with leftover mines and ordnances which cause innocent people to die or become disabled,” he said. “This is an obstacle to people’s livelihoods and national development.”

“More than three decades after war, there are still millions of unexploded ordnances buried in the ground, especially in the west along the border between Cambodia and Thailand,” he added. “There are also 2.75 million tonnes of mines dropped from the planes during the Indochina war in the east of the Mekong River along the borders between Laos and Vietnam.”

According to the National Mine Action Strategy (NMAS 2018-2025), Cambodia still needs $400 million dollars more to clear all the remaining UXOs spread over 1,970 square kilometers by 2025.

Mr Sovanny also said that Cambodia will stick to its commitment to international conventions on landmines and follow all obligations and conditions required. 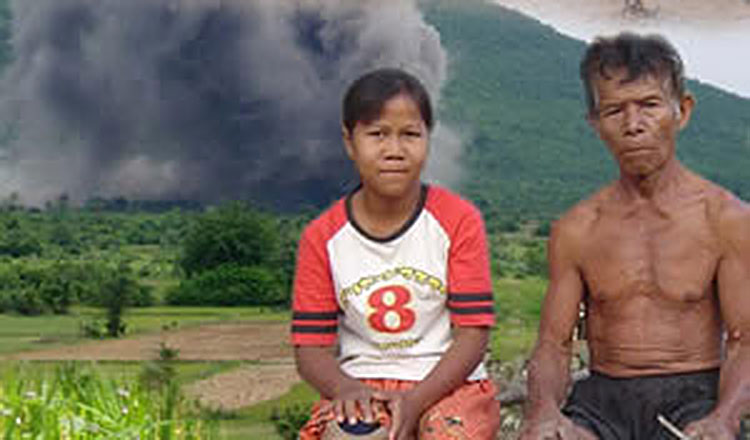 “Within the international framework, Cambodia has shared its demining experience through the dispatching of UN peacekeepers and has taken part in the creation of the Asean Mine Action Center,” he said.

Lieutenant Hel Hol, section chief in Battambang’s Sampov Loun district along the border with Cambodia, said yesterday that casualties form unexploded ordnance have dropped in recent years because of the effort of demining by the Cambodian Mine Action Centre.

“About five to six years ago, we often had cases of mine explosions especially along the border between Cambodia and Thailand,” he said. “Now there is only about one case per year.”

Villagers upset over threat to cut down trees