Interior Minister Sar Kheng has blamed local officials posted along the Cambodian-Thai border for failing to curb the flow of illegal loggers sneaking across the border to cut down trees in Thailand.

Mr Kheng said on Saturday in Oddar Meanchey province that up to 100 Cambodian loggers are being deported daily by Thai authorities. He called on all officials to step up their efforts to curb the practice of crossing the border to fell trees.

“In one day, Thai authorities deport between 80 and 100 Cambodians – I look at this every day,” Mr Kheng said. “It’s because they are illegally logging in Thailand. There’s no doubt that officials along the border have allowed this to happen.”

He also called on Thai authorities to refrain from shooting suspected Cambodian loggers and instead use legal action to bring them to justice. 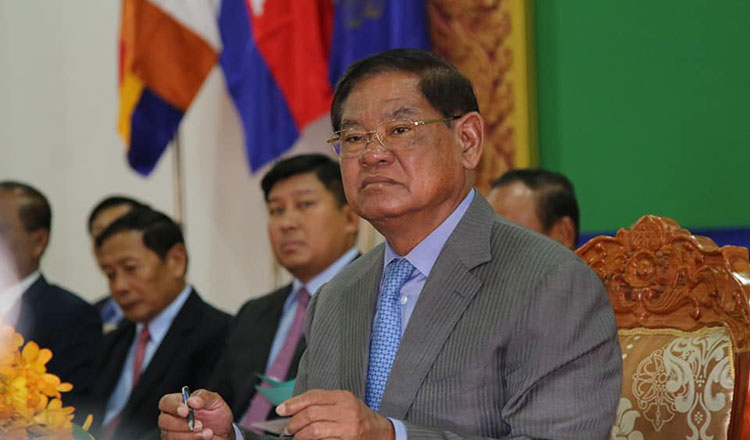 In a 2016 report, the Interior Ministry said that dozens of Cambodians were shot and killed while attempting to illegally cross into Thailand in search of employment. Most of the migrants were looking for work in Thai factories and logging camps, it added.

“I can assure you for now that there is no illegal logging after our police officers took action against it,” Mr Paranin said. “In the last two or three years, there have been no problems.”

“Most of the loggers were educated by police before they were released,” he added. “There is no illegal corridor in Oddar Meanchey and our officials do not dare to pave ways for illegal logging because they are afraid of the consequences.”

Sim Sam Ath, chief of the Poipet border checkpoint in Banteay Meanchey province, yesterday noted that most Cambodians are deported from Thailand due to lacking travel documents, not because they were illegal loggers.

“Some deportees are loggers, but some are not,” Mr Sam Ath said. “They are being deported because they lack passports and work permits.”