The 31st Tokyo International Film Festival has just concluded – but the films screened on the week-long event continue to get rave reviews. Cambodia’s very own ‘Don’t Think I’ve Forgotten: Cambodia’s Lost Rock and Roll’ and ‘In the Life of Music’ were among the most applauded inside Tokyo cinemas. Say Tola, who attended the TIFF, saw the endless praises showered on these two films that unfolded the forgotten stories of Cambodia’s musical history and evolution.

When the credits rolled up on the silver screen of the Toho Cinema Roppongi Hills in Tokyo, every person inside was clapping aloud, with apparent bliss and admiration drawn on their faces. Most of those in the audience do not speak Khmer, but they understood the stories they witnessed on the screen in front of them.

“Don’t Think I’ve Forgotten: Cambodia’s Lost Rock and Roll” and “In the Life of Music” deserved such recognition.

These two films represented the Kingdom of Wonder in the recently concluded 31st Tokyo International Film Festival on October 25 to November 3 in Tokyo, Japan. Over a thousand film entries were submitted for the competition; 200 made it to the cut and were screened in cinemas for the public.

Cambodia’s entries were part of “Crosscut Asia”, a special programme of the TIFF and the Japan Foundation Asia Center for filmmakers in Southeast Asia. This year, the programme showcased the rich music scenes around Southeast Asia and how different music genres have evolved through the years. TIFF included films on rock opera from the Philippines, on popular Isaan band music from Thailand and other films reflecting the historical and present-day sound of SEA.

What better entries to bring the Kingdom’s name in the international film fest than these two great films? 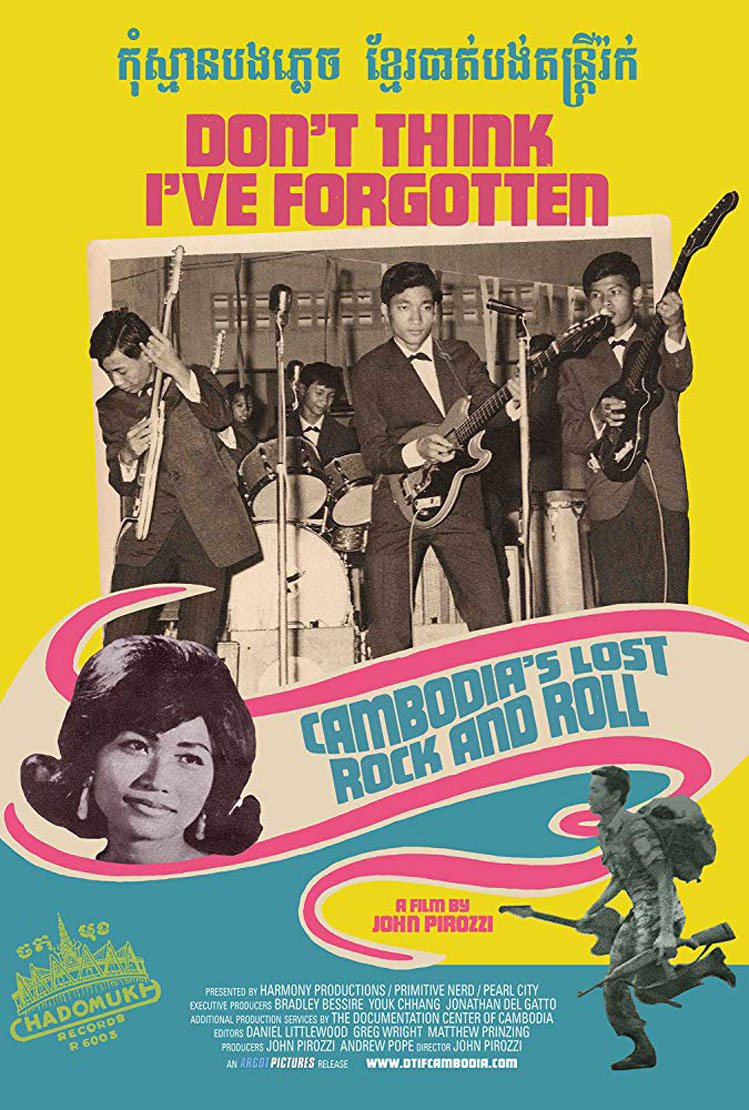 “Don’t Think I’ve Forgotten: Cambodia’s Lost Rock and Roll” is a documentary film depicting the post-war political situation of the kingdom, events after the French colony and the eventual marriage between western music and Cambodian traditional music. The film traces the golden age of pop music in the 1960s as it showed local music legends such as Sinn Sisamouth (the King of Khmer Music), Ros Sereysothea (nation’s sweetheart), Pen Ran, Pou Vannary, Yol Aularong and the first guitar group Baksey Cham Krong.

Aside from giving everyone a peek of the rich pop music scene of Cambodia of an almost forgotten era, the film also brought to life some rare footages of the influences of the Cold War, the dropping of bombs and the Khmer rouge regime. All of these, no matter how tragic, contributed to the evolution of the music of the present-day.

“Don’t Think I’ve Forgotten: Cambodia’s Lost Rock and Roll” mainly unfolds stories that were never heard of – stories of musicians and singers who survived all the man-made catastrophes and how their music was changed by history.

The film also highlighted the underground music lurking in Cambodia’s lesser known bars, waiting for its time to be heard and acknowledged.

Present during the Q&A session, cinematographer, producer and director John Pirozzi said that it became his personal mission to create a documentary film about Cambodia when he first arrived in the country in 2001 to shoot Matt Drillon’s “City of Ghosts”.

“When I first heard the music, I did not understand the words, but the music was so powerful that I had to listen to it over and over again. And when I got the words translated, I realised the lyrics was quite good as was the music. Together, they made an amazing combination,” John Pirozzi said.

He added that he did some readings about Cambodia – history, people, music, entertainment and everything about it. He was shocked to know that the Phnom Penh he saw in 2001 was very much different from the capital city in the 1970s, when the Khmer Rouge ruined all the city once had. But what made him more curious was the absence of archived materials that may further explain what happened to arts and music during the Year Zero. “An aspect of Cambodia’s historical perspective, American dropping bombs was already interesting to me. I was shocked of myself for not knowing more than I know. But then I when I heard the music, the whole matter affected me. I was really curious – where did they come from and who made them?”

He added, “And again, I could not find any information. So from that point, I started making a film for my own career to tell the story that most people don’t really know.”

Though the film took nine years to shoot and edit, Pirozzi said that discovering resources he thought was never there was the most exciting part – it just required great patience and effort.

“A lot of people contacted me and I got to know a lot of interesting people. The responsibility to get the story right was the hardest part. But I thought that this is important to Cambodian people. I hope that Cambodians will get to understand the history of their music.”

“History is what we are all affected by, and maybe people don’t realise it. I am just trying to show the truth. I hope Cambodian people would come to watch and understand their roots by watching this film,” Pirozzi told an audience comprised mostly of Japanese movie enthusiasts.

Jayson Jones, one of the researchers of the film, also attributed the success of “Don’t Think I’ve Forgotten: Cambodia’s Lost Rock and Roll” to all Cambodian musicians who were also very passionate in sharing what they know about the history of music.

“In order to verify this patch of work and the link between the musicians and various random things, it was very important to do interviews and have people talking about it. This was a tremendous undertaking and there were lots of us involved, especially Dr. Linda Saphan,” remarked Jones. Dr. Linda Saphan is the producer and lead researcher of the film.

Another film that showcased the greatness behind Cambodia’s classical music, “In the Life of Music”, was made by Caylee So and Sok Visal. The film manages to surprise its viewers with its unapologetic storyline and the focus on an obscure music. It shows how “Champa Battambang”, one of the most adored songs of Sinn Sisamouth, played a huge role in the lives of people for three generations. 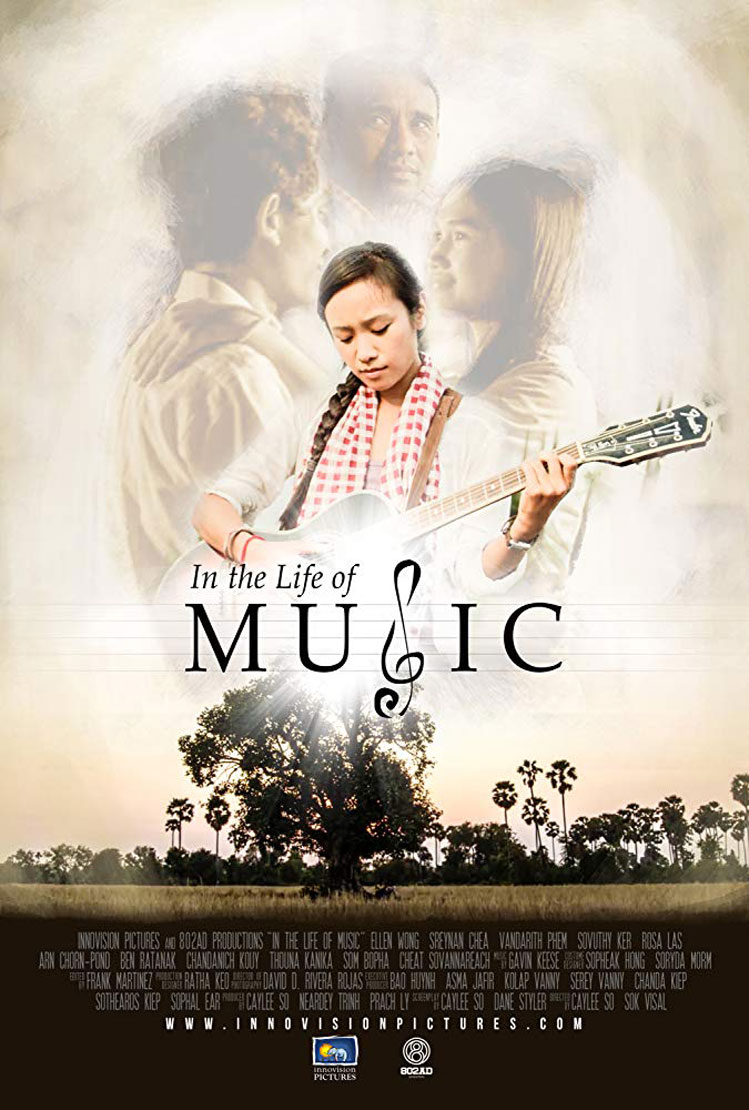 Beyond the impressive weight of information the film gives, its makers – who both grew up in foreign countries – tried to bring the audience in their own journeys in discovering a society they have never experienced before.

After the film screening in Tokyo, Caylee So shared, “I went to Bophana Centre to watch all the relevant footages and asked lots of people who have experienced the three chapters of Cambodian history and I got only few photographs. It was really tough in terms of the production design.”

Sok Visal, added, “It was really difficult to find people who experienced living in 1968. We did not really know how the countryside of Cambodia looked like and how people lived. On some scenes focusing on Khmer Rouge, people really lived in different kinds of hardships. Interviewing is the part where we were able to verify all the facts.”

Caylee explained that the usage of some epic songs from Sinn Sisamouth and Ros Sereysothea was a powerful way to tug at people’s heartstrings and memories, as these two singers remain the pillars of Cambodian music despite their deaths decades ago. Their songs are still carried from generation to generation – reminding every Khmer the real beauty of music before it was scarred and banned by Pol Pot.

The filmmakers of both “Don’t Think I’ve Forgotten” and “In the Life of Music” unanimously agreed that Cambodians – old and young – should not miss watching these films to understand more about history and music and how these two factors of Cambodian identity affect their lives in the present and in the future.

Before coming to Tokyo, both films had already been part of various huge festivals in other countries – bringing glory to Cambodia’s name around the world.

From arts aficionado to Award Winner