Mr Sophanith said that Mr Kheng met with Mr Heidt yesterday, when the two discussed the visa restrictions as the latter wraps up his tenure in the Kingdom.

Mr Sophanith said he followed up on what Mr Heidt said, but noted that the US immigration department has yet to respond to his inquiries.

“Mr Heidt met US immigration officials and told them about the progress Cambodia has made in accepting repatriated Cambodians from the US,” Mr Sophanith said. “He asked the US government to consider the possibility of adjusting or removing visa sanctions imposed on some Cambodian government officials.” 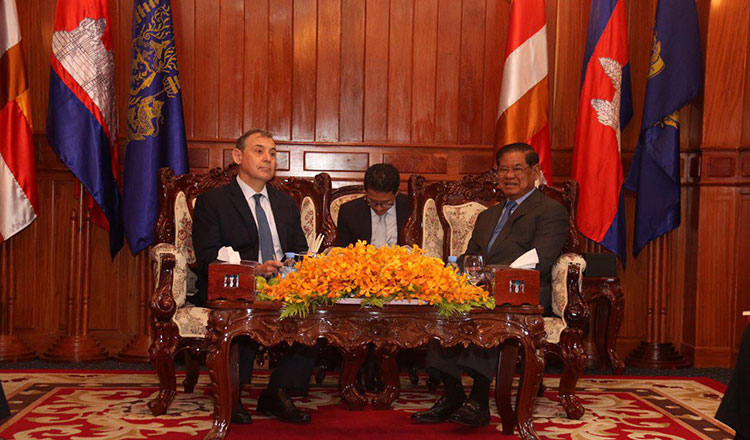 “Mr Kheng told Mr Heidt that it would be a gift for Cambodia to promote cooperation between the two countries if the sanctions could be lifted,” Mr Sophanith added.

The US last year imposed visa sanctions on top Cambodian officials in response to Cambodia’s halting of accepting criminal deportees from the US.

In January, a US district judge blocked an attempt by US president Donald Trump’s administration to deport 92 Cambodians from the US.

In February, Mr Kheng told Carl Risch, assistant secretary of state, that Cambodia will continue to repatriate Cambodians from the US.

Mr Sophanith said Mr Kheng also told Mr Heidt yesterday that the ministry will cooperate to curb human trafficking and transnational crimes, and to ensure the security of US embassy employees in Cambodia.