Four Cambodians working for the United Nations were injured in a car bomb attack which killed two people in northern Mali, according to a Defence Ministry official.

Defence Ministry spokesman General Chhum Sucheat said on his Facebook yesterday that four Cambodians were among 14 wounded people in a car bomb attack carried out by a rebel group in the city of Gao at about 8pm on Monday.

“Four Cambodian people working at the United Nations were injured,” Gen Sucheat said. “One sustained a serious injury while three others were slightly wounded.”

“Cambodian peacekeepers who are stationed in the area have not been injured,” he added.

He said that one of the four injured includes Phin Sarann, a former CMAC staffer working as an interpreter with UNMAS, the UN’s mine-clearing operation. Mr Sarann had injuries on his ribs and head, he said.

Gen Sucheat said that the three others who sustained minor injuries are Hul Sok Heng, Ream Dy and Sam Ratha.

He said that Mr Sok Heng and Mr Dy were former CMAC officers and Mr Ratha was a former staffer at demining group HALO Trust.

“They have been hospitalised and recuperating,” Gen Sucheat said.

Mali has been in turmoil since Tuareg rebels and militants, some with links to Al-Qaeda, occupied the north in 2012. French forces intervened the following year to fight back the militants, but they have since regrouped and launched regular attacks on civilians, government soldiers and international missions. 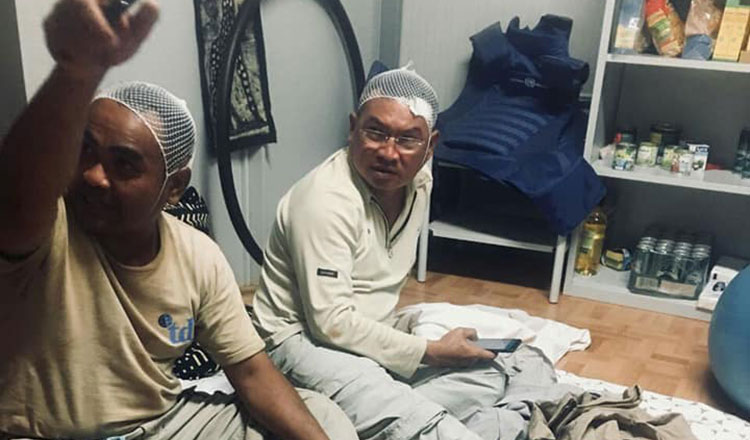 General Sem Sovanny, director-general of the National Centre for Peacekeeping Forces, said that all four men were translators working for an organisation subcontracted by UNMAS.

“They have worked there like overseas workers because they are employed as translators by the UN. They do not work on behalf of the government,” Gen Sovanny said. “But, our troops have paid attention and taken good care of them.”

Prime Minister Hun Sen last month appealed to the UN to pay more attention to the security of Cambodian peacekeepers in Mali in the wake of attacks on troops.

Gen Sucheat said that 309 Cambodian peacekeepers are in Mali.

CMAC director-general Heng Ratana wrote on his Facebook saying that three of the four wounded men were former CMAC staffers. 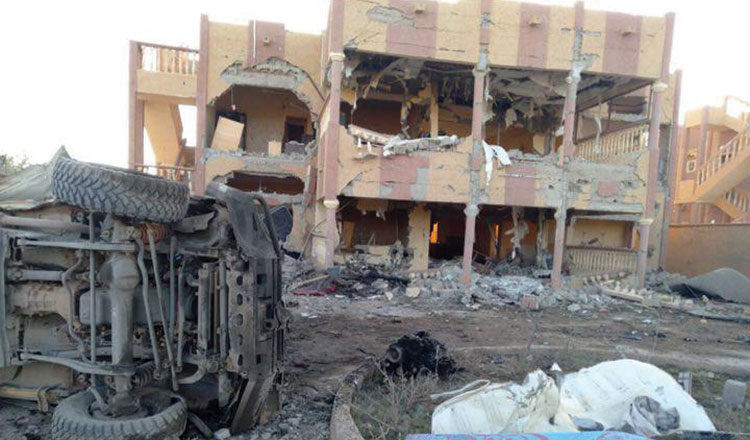 “They work for the United Nations Mine Action Service (UNMAS)” Mr Ratana said. “Our blue beret forces there tirelessly support and help them.”

Last year, a Cambodian peacekeeper died due to malaria, while in May, four peacekeeping personnel died in the Central African Republic during an attack by Christian insurgents in the southeastern part of the country.