A district police officer yesterday said that the accident happened at about 6.30pm when the workers were being ferried home from the Tripos International factory.

He noted that the container truck was travelling in the opposite direction and swerved into the factory truck.

“We suspect that the container truck driver was sleepy at the time,” the officer said. “Luckily the bigger vehicle only grazed the factory truck and it did not overturn.”

“The impact, however, caused the factory truck to sway before coming to a stop and the workers were injured when they banged against each other or the side of the truck,” he added. 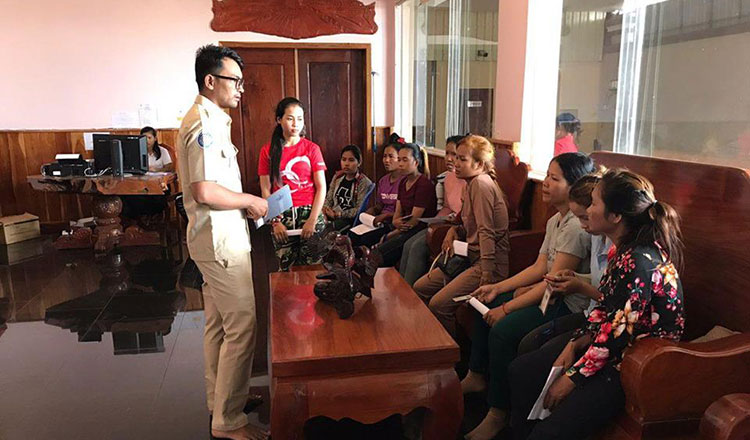 The officer noted that the workers were sent to hospital for treatment and went back to work yesterday.

According to a National Social Security Fund report, from January to September its road safety department conducted training courses 631 times with thousands of drivers.

The NSSF also said that there were 815 traffic accidents involving garment workers in the first six months of 2018, a 28 percent decrease when compared to the same period last year.