On November 8, police raided a home in Sen Sok district housing surrogates. After the raid, a total of 15 people were arrested, including 13 women and two men.

Since then, police have identified three more people involved who remain at large and were charged in absentia yesterday. Court spokesman Ly Sophanna said all 18 were charged with human trafficking.

Mr Sophanna said that 14 pregnant women were charged for violating article 16 on the suppression of human trafficking and sexual exploitation and article 322 of the criminal code on being an intermediary between an adoptive parent and a pregnant mother.

He added that two men and two women, who worked as managers, were additionally charged with violating article 29 of the criminal code for being accomplices.

In a police report obtained by Khmer Times yesterday, eleven pregnant women involved in the case were identified as garment workers and were brought into the business by brokers. Each woman was offered $200 for the initial sperm injection.

The women were promised $10 per day for food during pregnancy and were told each woman could earn up to $10,000 after a baby is delivered.

The report said at least four of the accused have confessed that the mastermind behind the case could be a foreign national who remains at large.

Mr Sophanna said that a judge will take further action after a prosecutor is done questioning the managers.

Colonel Keo Thea, chief of municipal anti-human trafficking and juvenile protection department, said that police are still looking to identify the mastermind behind the case.

“We are still working on this, so I do not want to say too many things that could affect our work,” Col Thea said. 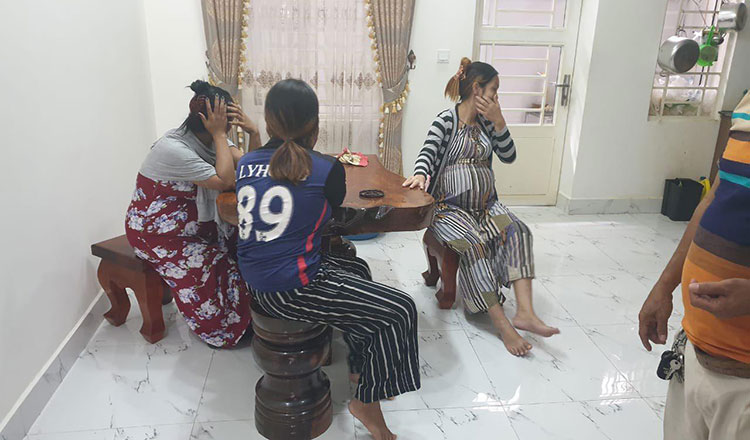 Chou Bun Eng, chairwoman of the National Authority against Human Trafficking, said the surrogate mothers are now being held in an undisclosed hospital under police supervision.

“We are currently cooperating with neighbouring countries to address the issue because we believe that the perpetrators have become wiser in manipulating the authorities,” Ms Bun Eng said.

Last month, the NCAT said that it would seek bail for 32 surrogate mothers charged with human trafficking following a raid on a surrogacy business in the capital in June.

Ms Bun Eng said that the NCAT offered legal assistance to ensure that the surrogate children will be taken care of.

Keeping faith with their new belief