Register now or miss out on tax breaks, ministry says

Government officials and private sector leaders on Friday reiterated their calls for all small and medium-sized enterprises to join the regulatory fold.

Public officials and representatives of employers’ organisations assured business owners that the recently announced tax incentives are not a “trap” and that registering with the tax department will only help boost their bottom lines.

They were speaking at a high-level seminar on the fourth industrial revolution and regional cooperation held in Phnom Penh.

Phan Phalla, Undersecretary of State at the Ministry of Economy and Finance, called on all SMEs to become “formal businesses” by registering with the General Department of Taxation (GDT). Doing so, he said, will give them access to “a lot of advantages.”

Mr Phalla reminded attendees that last month the government issued a sub-decree that created a slew of tax incentives for SMEs.

SMEs operating in these sectors will enjoy a 3-year exemption on income tax, which may be expanded to five years if the company meets certain conditions.

Firms located inside industrial parks for SMEs – known as SME clusters – will also have access to these benefits as per the sub-decree. 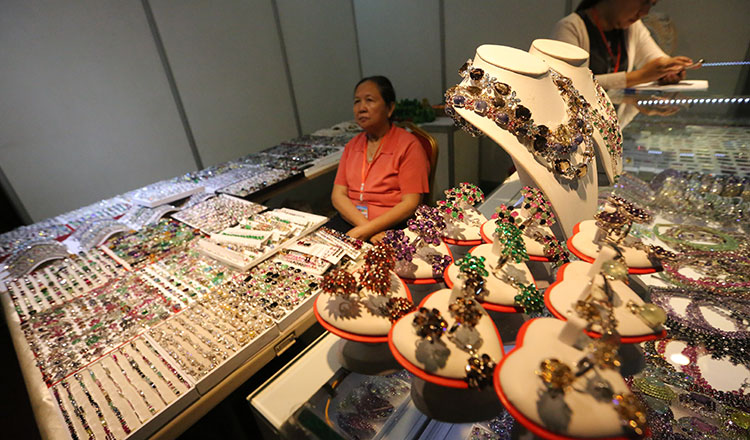 Companies that gain access to this benefits, will also be exempted from paying the minimum tax during the 3 or 5-year period, the sub-decree said.

“This sub-decree was drafted after extensive talks on the issues that SMEs face in Cambodia.

“Finally, we identify a lack of access to financing as one of the biggest issues, so we decided to create this sub-decree, as well as establish a SME bank with a capital of $100 million,” he said, adding that the SME bank will be launched next year.

“Registering with the tax department is not a burden or a trap. It will simply make you a formal business,” Mr Phalla said.

“As a formal business, companies will enjoy a lot of benefits, including tax breaks, technical support, access to finance, and access to partnerships locally, regionally and globally,” he added.

For those that decide to continue to operate informally, Mr Phalla warned that the government will not allow this type of businesses to exist forever.

“It’s just the reality. If we do not become formal and have proper financial statements, we will not be able to grow and take advantage of the opportunities available to us,” Ms D’Amico said.

“We have to change our thinking. You have to seize the opportunity to get tax breaks, and get your company cleaned up and organised so you that you can benefit from what is coming in Industry 4.0.

“People are missing out on a lot by not being formal, such as the National Social Security Fund. There are a lot of advantages to becoming a formal business, and the reality is that all businesses have the responsibility to contribute to the national budget as we use roads and other infrastructure,” Ms D’Amico said.

She added that businesses will not be able to compete regionally if they do not formalise.

During the first nine months of the year, the GDT collected $1.69 billion in tax revenue, an increase of more than 17.5 percent. This year the tax department aims to collect $1.92 billion in taxes, according to GDT director Kong Vibol.