“She performed and did her best. We are very proud of her! It was another big experience that will make her stronger,” said Mona Tep, President of the Cambodian Equestrian Federation. “Many thanks again for Chinese Taipei Equestrian Federation invitation and Jack Huang – Representative FEI Group VIII, Horseware for their support,” she added.

The youngster, aged just 18, is entering her eighth year of regular horseback riding and has been a part of the Cambodian National Youth Equestrian team since 2014.

Ahead of the recent competition, she received coaching from Petra Klapdoor and Annette Wolf while training at PR Stables near Amsterdam. Miss Khiem is currently pursuing her studies in the Netherlands.

Miss. Khiem has expressed her pride at representing Cambodia in international competition. In 2017, she became the first Cambodia female to achieve an international podium finish – a third place finish at the Asian Equestrian Federation Junior Showjumping Championship, in Hong Kong. 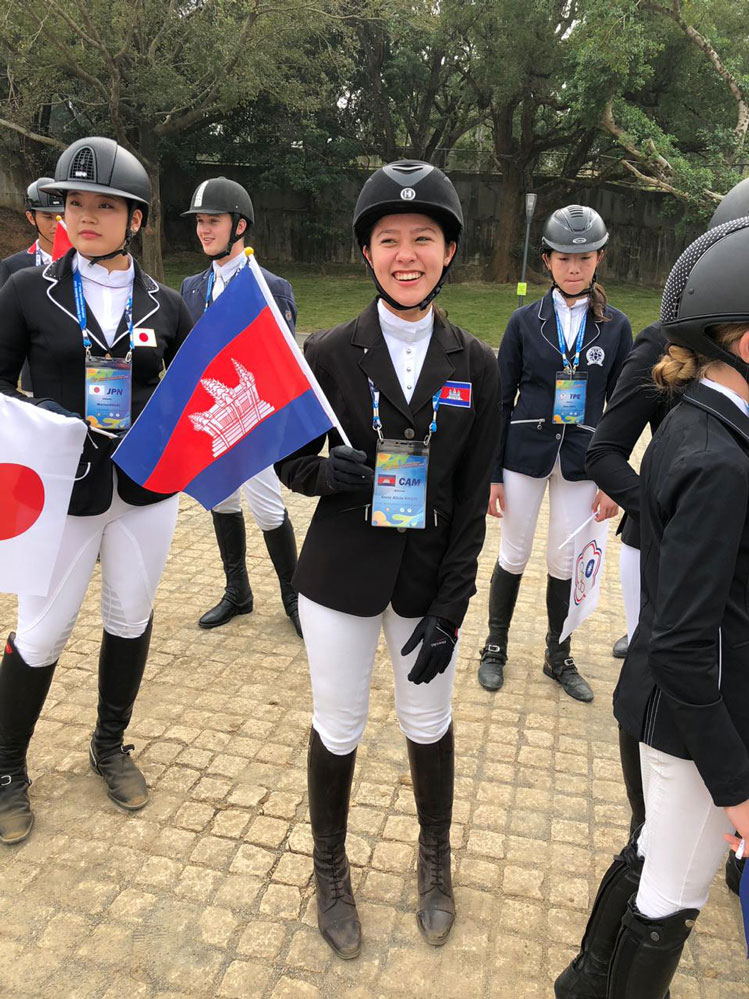 With Miss. Khiem returning to the Netherlands for her studies, 15-year old female rider Jarra Sisowath will take up the mantle for the kingdom at next week’s Princess Cup in Bangkok before heading to Hong Kong for the AEF Junior Jumping between 23-25 November.

“More exciting times are coming for the Cambodian Jumping team, added Ms. Tep. “We are so happy to bring our flag where it matters.”