Home - Independence was achieved through peace

Independence was achieved through peace

Sambo Manara, a history professor at Pannasastra University of Cambodia, yesterday said Cambodians should be proud on Independence Day because independence was achieved without bloodshed.

Today, Cambodians around the world are marking the 65th anniversary of Independence Day. Celebrations in Phnom Penh will be attended by 25,000 people.

Mr Manara said during a Cross-Talk discussion with Khmer Times that the fight for independence 65 years ago was done through diplomacy and negotiations, without the use of an army.

“We should be proud we received independence without shedding blood,” he said. “There were two causes: first was the international community helping us and second, there was a change in opinion by the people in this nation saying we need independence.” 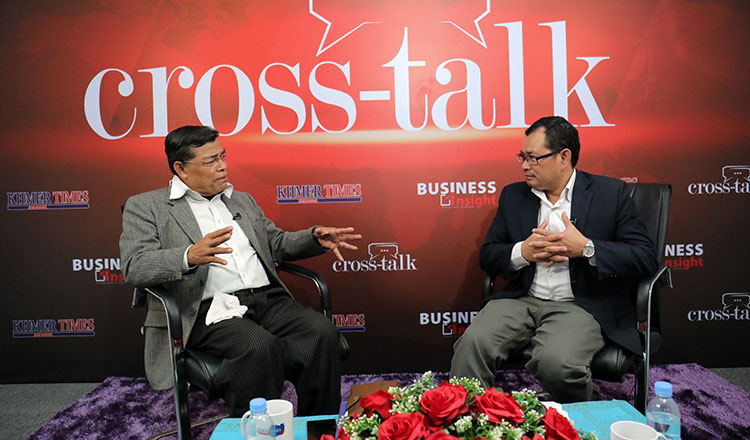 “At the time, His Majesty King Norodom Sihanouk created a national soul – created a sense of nationalism and a sense of belonging to a nation by telling the French that all we wanted was independence,” he said.

“We have to do what we like and we have to like what we do so that we can become the pride of our nation. When we walk away from what we do and love another for their achievement that becomes a problem because we are not owners of those achievements,” he said. “We need to stop the fighting for the sake of the next generation. After all, we are already independent together. We have to think of our own values and the values that we contribute.”

“Everyone has their own rights and we must contribute to the national obligation. When we do that, no one can take our rights away,” he said. “We have done a lot of work in order to receive independence. We made foreigners know of our country and its developments.”

Mr Manara noted that the nation can only move forward together.

“For me, November 9th is about hope and national dignity because when we have independence, we can do anything,” he said. “No one can order us and tell us what to do.”