Home - NGO to compensate villager for cuttng down fruit trees

NGO to compensate villager for cuttng down fruit trees

The Wildlife Alliance Organisation will compensate a villager for clearing some of his fruit trees in Koh Kong province’s Koh Kong district on Tuesday, a Provincial Hall official said.

“Wildlife Alliance agreed to pay some money to villager Seng Thet after negotiations,” he said.

Mr Phala said that on Wednesday about 50 villagers protested against Wildlife Alliance at its office and burned an old car left in the compound after it was confiscated during an forestry crime raid. 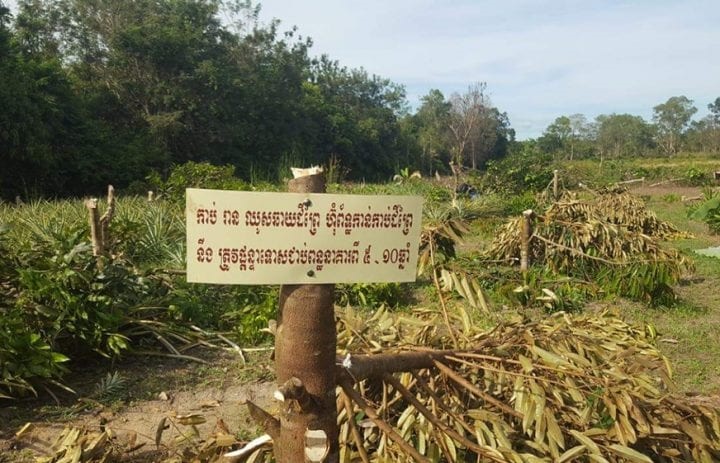 He noted that the villagers were angry with wildlife officials who were led by two foreigners to cut down nearly 100 trees including mangos, durians and other fruits belonging to Mr Thet in the district’s Trapaing Roung commune.

Mr Phala said that the trees were on a hectare of land which Mr Thet claimed, but alliance officials said was a protected area.

Mithona Phouthorng, Koh Kong provincial governor, could not be reached for comment yesterday.

“The Provincial Hall has already solved this issue, but I do not know the details yet,” he said. “The area belongs to the state and was given to Wildlife Alliance but the villager claimed that his property area was measured by students and he has a receipt to prove that the land is his.” 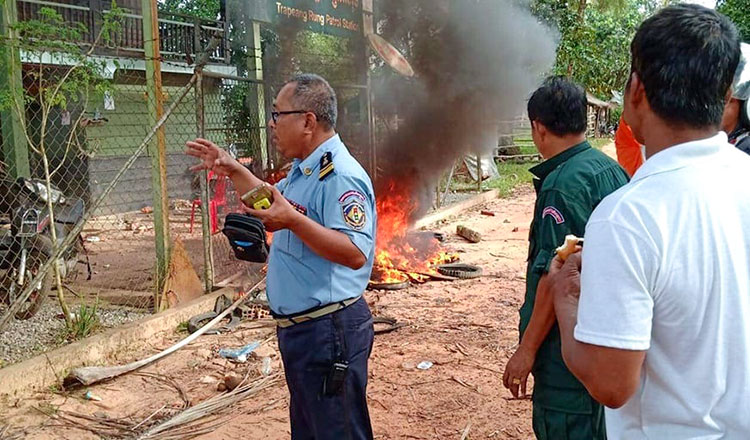 Pen Vuthea, a monitor with human rights group Licadho, said that Wildlife Alliance officials cut down about 200 fruit trees in Trapaing Roung commune on Tuesday without alerting authorities and the villagers became angry.

“It is not only one villager who had a problem with Wildlife Alliance,” he said. “There are many families living in the area.”

He noted that Wildlife Alliance did not take any action about the fruit trees when the villagers first planted them and waited until they were big before cutting them down.

Mr Thet could not be reached for comment yesterday.