Suong Mak, author of “Death Note”, had already written blogs and a few novels by the end of his teenage years. He gained the attention of a wider audience with the short stories he posted on the “archphkai” blog. But it was his boy-boy love stories that really caught the attention of young readers throughout the Kingdom.

Published in 2011 by Beoung Tonle Sap Publications, “Death Note” is one of this creative author’s many books. The title of this anthology is taken from the one of the ten short stories presented in this book. All ten stories deal with the spirit world, with death and the thereafter, in one way or another.

The title story is about Det, a young boy. He tells of his childhood experiences and of his day-to-day life within the family.

Mornings, when the clock strikes nine, it tells him that it’s the time to go to the library/reading room of his house and read a book.

Young Det explains that his reading habits were cultivated by his parents, and thinks that other young people should develop such a similar habit. Parents are the role models for their children and pass certain behaviour patterns down to the next generation, which in Det’s case was the love of reading. 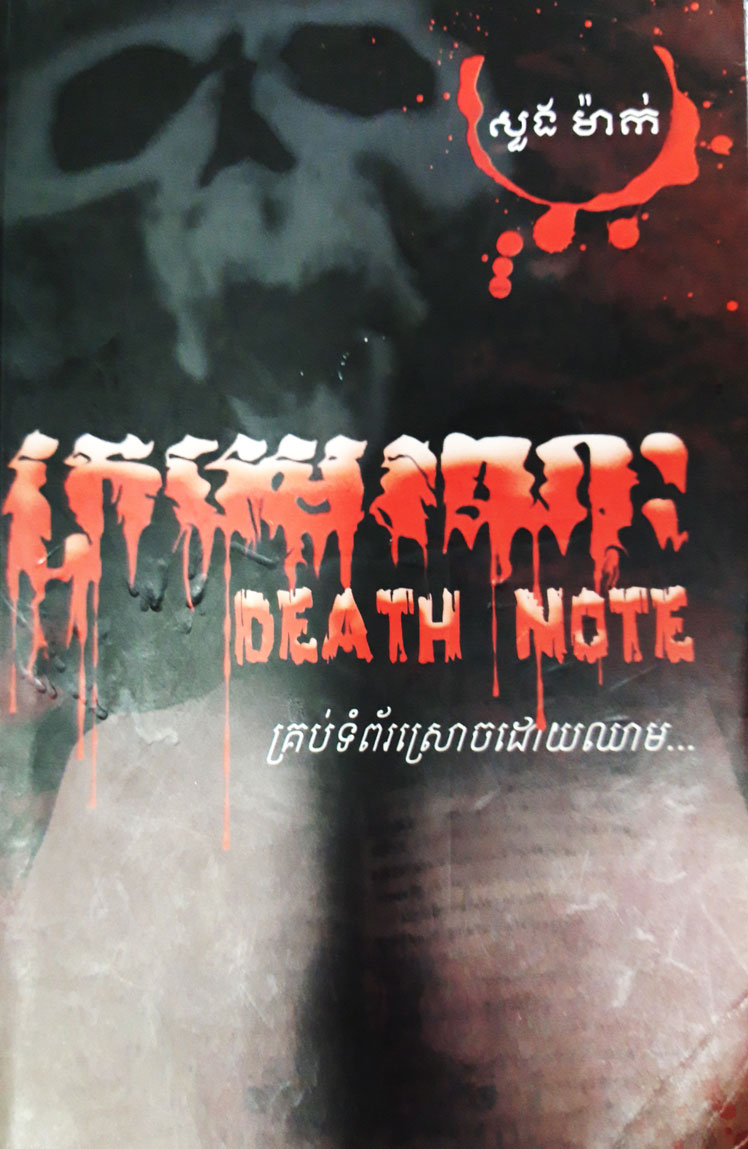 In the course of his exploring the contents of the family library Det is attracted by a children’s book titled “Little Prince’s Tale”. Det discovers that the slim volume, written in the style of a diary, contains many aspects of the protagonist’s life that are similar to his own. The book ends with the little prince being killed by four very bad people. The day of this last diary entry coincides with the day Det discovers and reads the book. This arouses his curiosity, so he shows the book to his parents and asks them to explain it.

Here the book changes to third person narrative. The mother sees the last entry in the book and is taken aback because she recognises it as an omen. She instinctively feels that something awful will happen that day – her concern is proven valid. A short time later the house is stormed by four thugs who proceed to rob the family, beat them, and finally kill them all.

This is just one of ten stories that are all purely fictional. However, in the epilog, the author lets the reader know that the stories were all inspired by his environment–the people and places that surround him.

The Art of Living: Vipassana Meditation as Taught by S. N. Goenka

‘Unleashing the magic of learning’