Prime Minister Hun Sen yesterday said court cases against union leaders should either immediately go to trial or the charges should be dropped, noting that the leaders have raised concerns that the lingering charges are hampering their work.

The union leaders were sued by factory owners and government officials over intent to commit violence and other charges stemming from nationwide strikes over minimum wages between 2013 and 2017.

Speaking to thousands of garment workers in Takeo province, Mr Hun Sen said that the Justice and Labour Ministries must intervene at the courts and speed up the cases or have the charges dropped.

“I received information that some union leaders are complaining in court that they are being suppressed while pending trial,” he said. “We don’t want union leaders thinking that they are held hostage by the courts because of their cases. Either try them or drop the charges.”

“Please tell the courts to review the cases and speed up their trial, other than that, please drop their charges,” Mr Hun Sen said. “This is about the freedom of unions. The unions know how to negotiate with employers.”Mr Sina yesterday thanked Mr Hun Sen for the intervention. 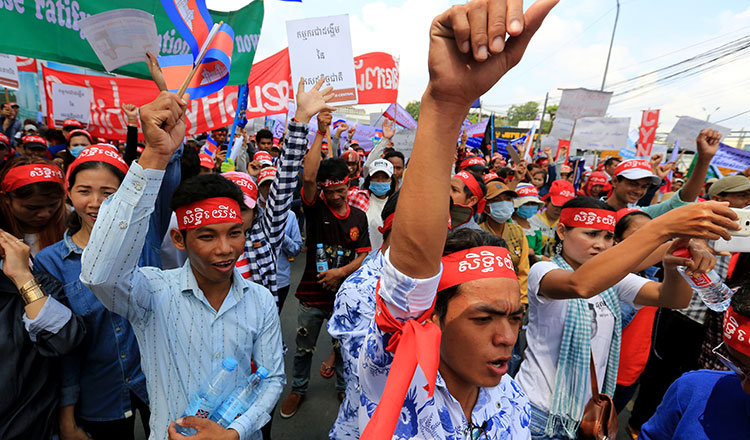 “It is great for the Prime Minister to intervene by requesting for the charges to be dropped,” he said. “I am really happy because this will allow union leaders to fulfil their duties.”

Mr Sina noted that seven complaints were filed against him in court, including for defamation and forgery.

“A union is an independent institution that works to serve workers,” he said. “It is the right thing to drop all charges because we are innocent.”

Mr Thorn echoed Mr Sina and said that a total of seven charges were filed against him throughout the country.

“Seven complaints were filed against me while my colleagues received more than 30 complaints,” he said. “So a total of about 100 people have suffered.”

Mr Thorn noted that his charges include violence, destruction of property and obstruction.

“I think that it’s good for us that Prime Minister Hun Sen has said that he does not want any pressure on union leaders,” Mr Thorn said. “I think that the government has always wanted a better situation with unions.” 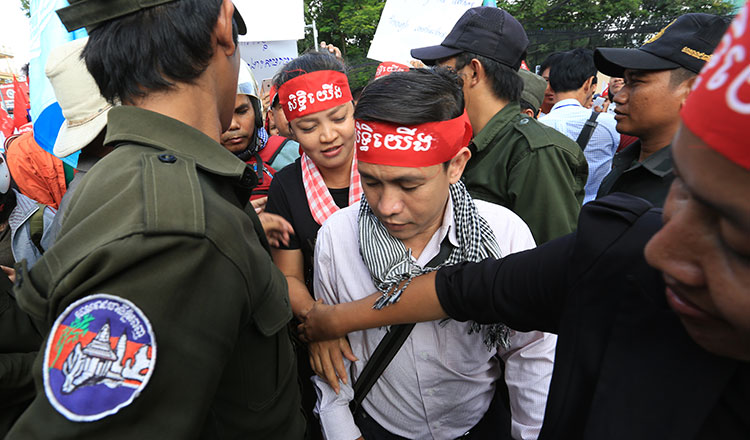 Justice Ministry spokesman Chin Malin said the ministry is now working with the courts to identify all of the charges filed against the union leaders.

“We do not have the power to intervene to have the courts drop the charges, but we will review and see what regulations are available at our disposal,” Mr Malin said. “Some cases have been on-going for a very long time and what we can do is help speed up the process.”

“However, whether the cases get dropped or not, it’s up to the courts,” he noted.

Scholarships sought for “A” students