Prime Minister Hun Sen has dismissed a statement made by a CPP official claiming that former opposition party official Kong Korm was a spy for the CPP.

Mr Hun Sen made his remarks during an interview with local media on Sunday evening.

During the interview, he noted that a statement made by CPP spokesman Sok Eysan claiming that Mr Korm was a CPP spy was false.

“Kong Korm was never involved with the Cambodian People’s Party,” Mr Hun Sen said. “The comments from him [Mr Eysan] were his own opinion.”

Prior to Mr Hun Sen’s interview, Mr Eysan told local media that Mr Korm, former president of the Sam Rainsy Party, was a spy for the CPP.

Mr Eysan said Mr Korm served as a senior CPP official before joining the opposition in 1995.

Mr Eysan added that Mr Korm has been publicly feuding with former CNRP leader Sam Rainsy, and also helped his son establish his own political party, the Khmer Will Party. 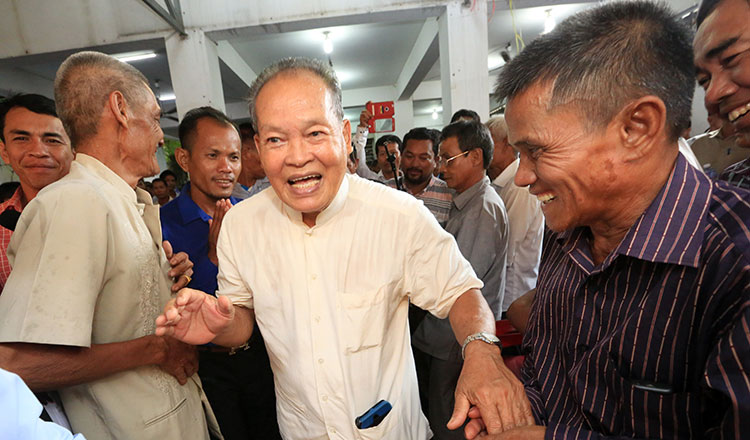 “All these above things mean that the public now thinks he was a spy for the CPP,” Mr Eysan said.

Mr Korm yesterday denied that he was ever working for the CPP.

“I was never a spy working for the CPP who infiltrated the opposition party,” he said. “It is not true.”

“I think what Mr Eysan was trying to say is that CPP officials do not consider me an enemy because we used to work together,” he added.

In 1992, Mr Korm resigned from the Cambodian People’s Party.

“In [1992] I decided to leave the CPP myself because I thought the CPP was installed by Vietnam,” Mr Korm said.

In April 2016, Mr Korm retired from politics, vacating his role as a Sam Rainsy Party senator.

“He may not be taken seriously in future,” he said.