The Agriculture Ministry has issued a report showing that in the first nine months of this year there were 846 cases of forestry crimes, down from 963 during the same period last year.

In the report issued last week, the ministry said the cases involved land-grabbing, illegal logging and poaching, adding that in the same period last year, the ministry accounted for a total of 963 forestry crimes.

It said that 424 cases were taken to court this year, noting that 422 resulted in fines.

The report also noted that the ministry earned about $4 million in revenue from timber collection. 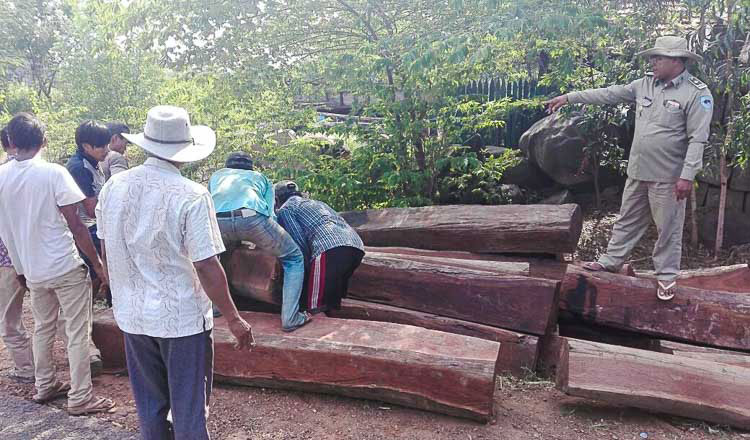 The ministry has issued a directive to create and manage 30 forestry communities on 35,573 hectares of land across the country to aid its battle against forestry crimes, it noted.

Last month, a group of NGOs called on the European Union to postpone signing a trade deal on tropical timber with Vietnam until the latter declares a moratorium on illegal timber imports from Cambodian forests.

The NGOs said there are serious flaws in the trade deal because of the continuous flow of illegal timber into the Vietnamese market from neighbouring countries, especially Cambodia.

Indigenous people in Mondulkiri province’s Keo Seima district last month expressed concern over logging activities in the Phnom Prich Wildlife Sanctuary, which they claim are sanctioned by some commune authorities.

The representative of the indigenous Bunong community said that community members regularly patrol the forest in the district’s Chong Phlas commune and often find people hired by timber traders to cut down trees.

NGOs concerned over crimes against journalists