Phnom Penh Municipal Court on Wednesday sentenced a Chinese businesswoman to two years jail and fined her about $1,000 for ramming her car into a motorbike, killing the rider and seriously injuring his passenger in August.

Judge Ky Rithy said Yuan Tang, 26, a construction material vendor living in a rental house in Sen Sok district, was convicted of two counts of intentional acts of violence with aggravating circumstances and driving without a licence.

He noted that Ms Yuan will only serve three months in jail as the court suspended the remainder of the sentence.

Judge Rithy also said that Ms Yuan was ordered to pay a total of $39,000 in compensation to the dead man’s family and the injured passenger.

“The court decided to convict her to two years in prison but the term of her punishment shall be reduced to only three months,” he noted. “The rest of her sentence shall be suspended.”

According to a police report, at about 11.30pm on August 12, Ms Yuan was parking a car with a friend inside along Street 244 in Tuol Tumpoung commune. 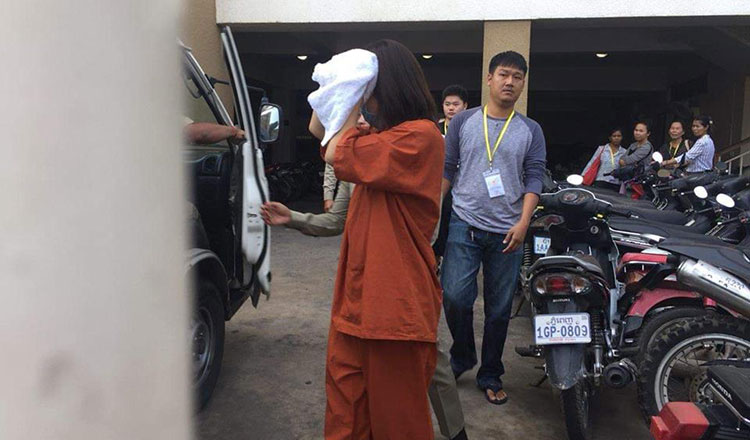 The report said that while she was parking, the accused noticed two men on a motorbike approaching her and suspected they were thieves out to steal phones from her and her friend.

It noted that to protect themselves from being robbed, Ms Yuan drove her car and hit the motorbike, seriously injuring both men.

The report said that police nearby intervened and took the men to the Khmer-Soviet Hospital for treatment and arrested both women.

It said that Mr Sophea David died in hospital on August 14 and Mr Piseth was discharged after he recovered from his injuries.

During her trial on Wednesday, Ms Yuan told the court that she suspected that the two Cambodian men were thieves who wanted to steal phones.

“To protect myself and my property from being robbed, I decided to drive the car to hit their motorbike and them,” she noted. “But I did not intend to kill them.”

Ms Yuan and her defence lawyer could not be reached for comment yesterday.