A walk along Phnom Penh’s Riverside is never complete without a visit to the Preah Ang Dang-Keur shrine. For Cambodians, this is the main shrine to worship and make offerings to Loekshvara, the six-armed deity who is also known as Avalokiteshvara, the Bodhisattva of Compassion.

A Bodhisattva (Enlightened Being) is one who has accumulated enough merit to attain Nirvana and leave the cycle of rebirth and reincarnation, but renounces it to return to earth and help ease the suffering of all humanity.

In China, where Loekshvara is often worshipped in female form, he is Guanyin (the Goddess of Mercy). In Sri Lanka, he is known as Natha-deva (often mistakenly confused with Maitreya, the Buddha yet to come).

The Loekshvara statue in Preah Ang Dang-Keur at Riverside carries a rosary, a message and a lotus in his three left hands. In his three right hands are a book, a sacred sword and a flask. 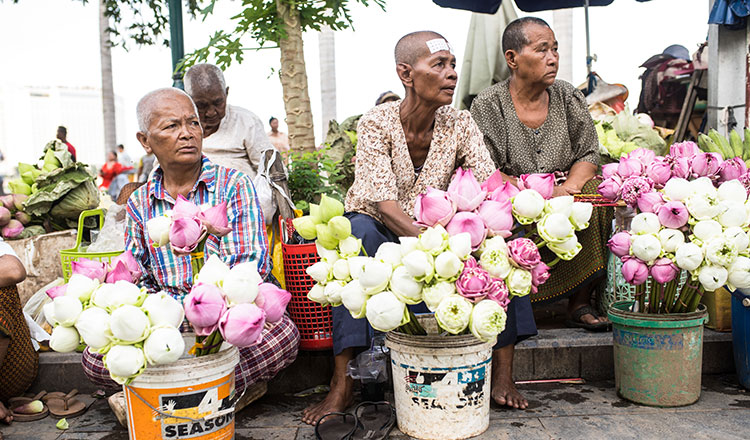 During the Water Festival this month, boat crews from the provinces will also make their way to the shrine to pay homage to Loekshvara and also seek protection from the mighty river spirits of the Tonle Sap and Mekong.

There are four kinds of offerings for Loekshvara at the shrine – a pair of sla thoar (ripe or green coconuts decorated with rolled betel leaves and areca nuts), a pair of candles, five incense sticks and jasmine flowers or three lotus flowers. Some Cambodians also release birds at the shrine to symbolise the end of suffering and the attainment of a new life.

Preah Ang Dang-Keur might seem like a simple shrine but it houses a compassionate deity who has to postpone his own Buddhahood until he has helped every sentient being on earth achieve liberation. It’s definitely worth a visit if you’re at Riverside. 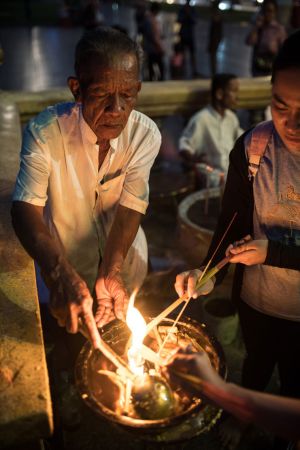 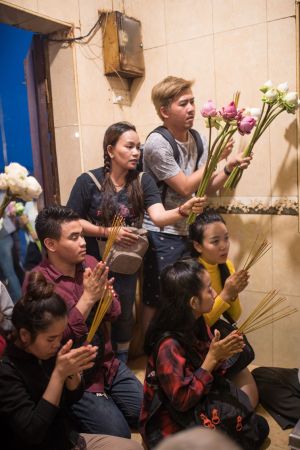 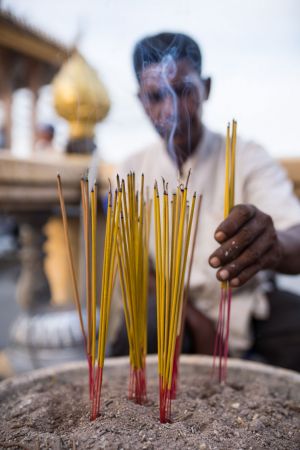 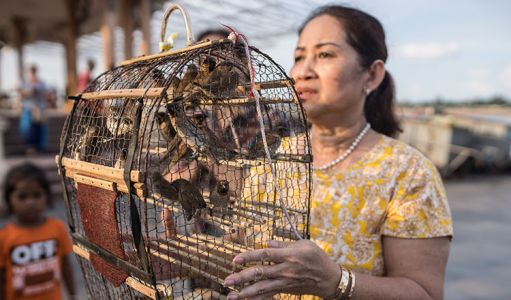 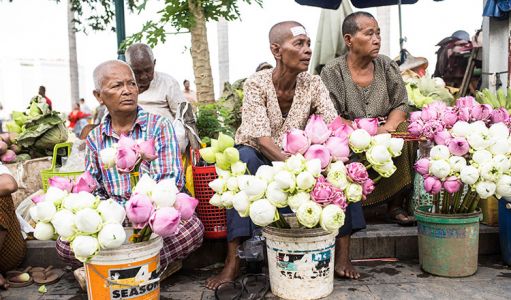 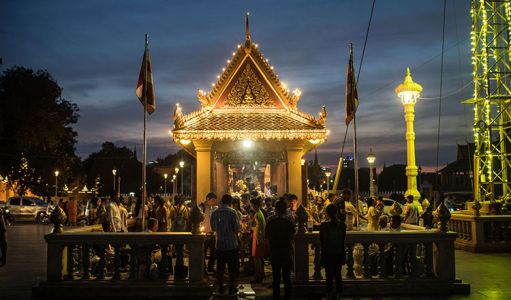 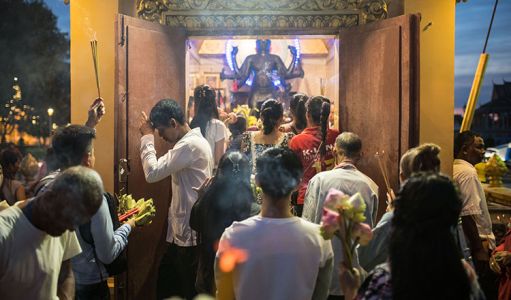 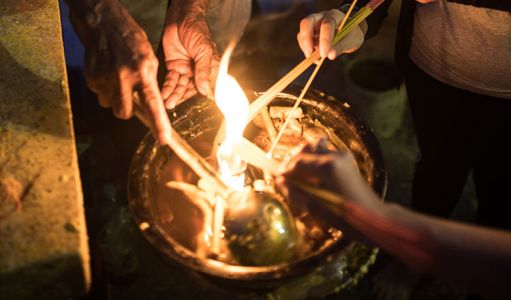 Fast-paced Hong Kong slow to adapt to its elderly