Cambodia’s labour sector through the lens

With its objective to raise awareness on the labour status and industrial conditions of Cambodia, the Arbitration Council Foundation organised for the second time the Cambodia Short Film Competition.

This year’s theme highlighted the impact of the Arbitration Council on labour sector and economy in Cambodia.

The competition, which opened in June, gathered film submissions from different teams. Each entry was encouraged to contain 3-5 minute scenes that show realities of the AC process and the theme. During the awarding ceremony last week at Chaktomuk Hall, Men Nimmith, deputy director of AC, said that the competition is aimed “to encourage young talented Cambodians to maintain better understanding of the craft and enhance those who have interest in producing short films, whether they’re newbies or pros.”

The films are also made to promote decent works for all Cambodians, including obtaining recognition and respect for the rights of workers who also need representation, participation and laws that work for their interest.

The competition, co-organised by Sunflower Film Alliance, was widely supported by the Ministry of Labour and Vocational Training, USAID, SIDA, GAP Inc. and Levi Strauss. 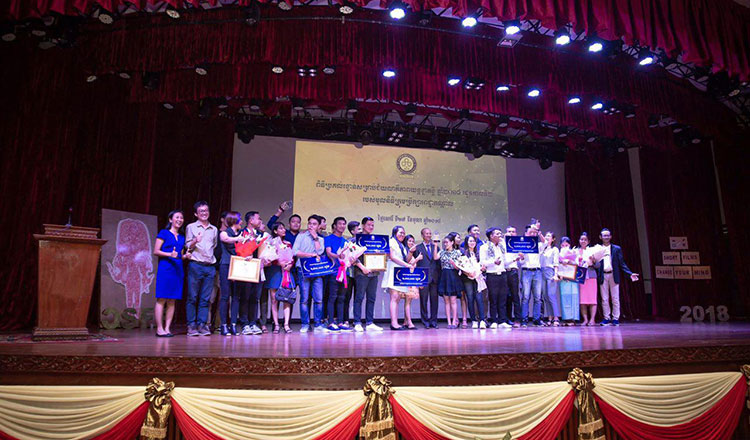 “Today is the 15th anniversary of the Arbitration Council, and it just so timely that we are doing this competition along with the ministry and relevant organisations,” added Mr Nimmith, noting that there has been a significant increase in the number of submitted entries this year.

Among all the short films, “The Renting Room” was selected for the first prize; followed by “The Voice of Radio” and “Madness for the Wrong and the Loss”.

On Pheanith, director of the winning film, said his triumph motivated him to contribute more to the film industry and to help promote labour rights in Cambodia.

The winners of the competition were based on the judgment of the short film committee and on Facebook votes.

KOICA: The essence of volunteerism