After the meeting, Ms Smith said issues regarding land rights and the registration of land titles were discussed to ensure that no one in Cambodia is left behind.

Ms Smith said other issues, such as affordable housing, were also discussed.

“I think in Cambodia, land remains a very key issue and the minister is committed to ensuring appropriate land-titling,” she said. “I think it’s important for human rights.”

The meeting at the Land Management Ministry office in Phnom Penh between Ms Smith and Mr Sophara lasted more than an hour. Mr Sophara declined to comment yesterday. 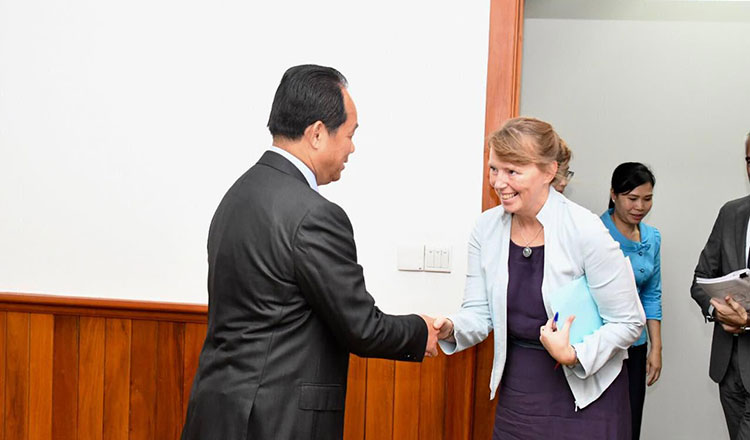 The ministry also said that 24 indigenous communities have registered and provided with social land titles for housing. It also noted that the ministry is partnering with the private sector to develop housing.

“[Mr Sophara] said that resolutions for land disputes are based on the law and respect for human rights,” the ministry said.

During her visit to the Kingdom last year, Ms Smith met with ministers, politicians, NGOs, land activists and provincial governors.

UNODC to set up office in capital’s airport