City hall is requesting the Japanese government for help in constructing an additional water treatment facility in Phnom Penh, an official said yesterday.

Deputy Governor Nuon Pharoth said during a press conference yesterday that he led a delegation to Japan last week to discuss the matter with the Japanese International Cooperation Agency.

“We requested for Japan to support our important project in Phnom Penh,” Mr Pharoth said. “We need to set up a water treatment plant south of the city. We’re still studying this prospect, but we will wrap up the study at the end of April.”

He added that after the study is completed, City Hall needs Japan to assist in the plant’s construction. He noted that without Japan’s help, the environment could be threatened. 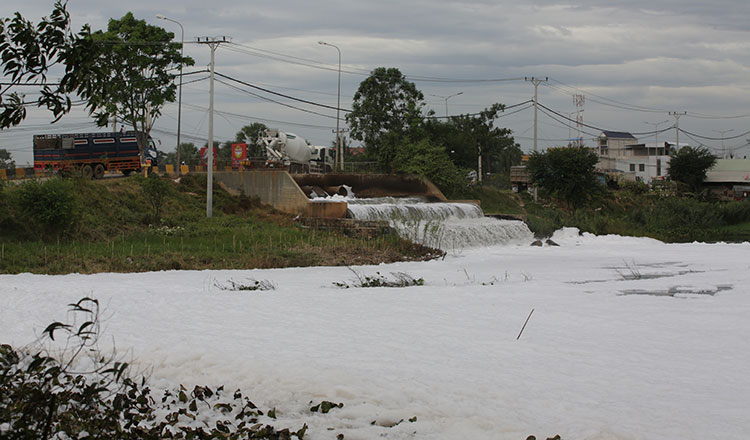 Mr Pharoth noted that Japan has not yet responded to the request.

He said that during his visit to Japan, a contract was signed between him and Katsuhisa Kimura, TOA Corporation general manager, to improve Phnom Penh’s sewage system as part of a separate project.

Mr Pharoth said the sewage system aid is worth about $30 million in grants from the Japanese government through JICA. The project is expected to commence at the end of next month, he said.

In February, Sam Piseth, director of the Phnom Penh public works department, said a water treatment facility will be built in Dangkor district with $27 million in aid from the Japanese government. It is separate from the one under study now.