He said Swiss Ambassador to Cambodia Ivo Siebber announced his government’s commitment on Thursday during a meeting with him at the Health Ministry.

“The Swiss government will provide $12 million in aid to Kantha Bopha Hospital for three more years, from 2019 to 2021,” Mr Bunheng noted.

He said that during the meeting, Mr Siebber also praised the government and Health Ministry for working hard to improve the quality of the hospital’s services. 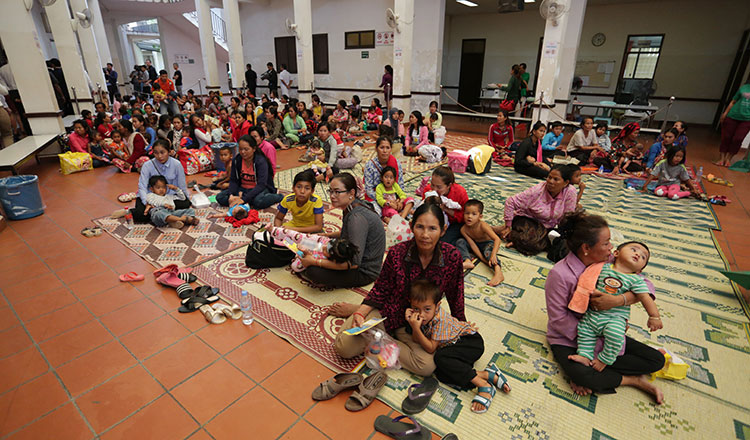 Mr Bunheng thanked the Swiss government for its support and cooperation to make the hospital a success.

“We will work hard to focus on providing care to Cambodian children,” he said. “I also expressed my regret and shock to Mr Siebber over the death of the hospital’s founder Beat Richner.”

Dr Richner died at age 71 in Zurich on September 9 due to a serious illness and mourning ceremonies began soon after at the ministry and Kantha Bopha hospitals for the public to pay their respects for 100 days.

Dr Richner set up the first Kantha Bopha hospital in 1992 and oversaw all others until 2017, when he stepped down due to a serious medical condition.

Last year, the Kantha Bopha hospitals celebrated the 25th anniversary of the inauguration and announced that they had treated almost 17 million children and pregnant women, at a cost of $632 million, since 1992.

Mr Bunheng noted that Mr Siebber requested the ministry to archive details of the hospital’s operations during Mr Richner’s leadership.