Mr Yany said a father and his three sons, along with a girlfriend of one of his sons, hired the boat to go for a joy ride on the river yesterday afternoon, when strong winds led to high waves that capsized the boat.

“They were on the boat and were about 40 metres offshore. There was strong wind, causing the boat to overturn and sink,” he said. “At the time, there were people fishing nearby and those people attempted to help the victims, but they were only able to rescue two of the victims and the three others went missing in the water.”

Mr Yany noted that one of the surviving victims hired a fishing boat in order to locate the missing victims. However, as of yesterday evening, they had not located the missing siblings. 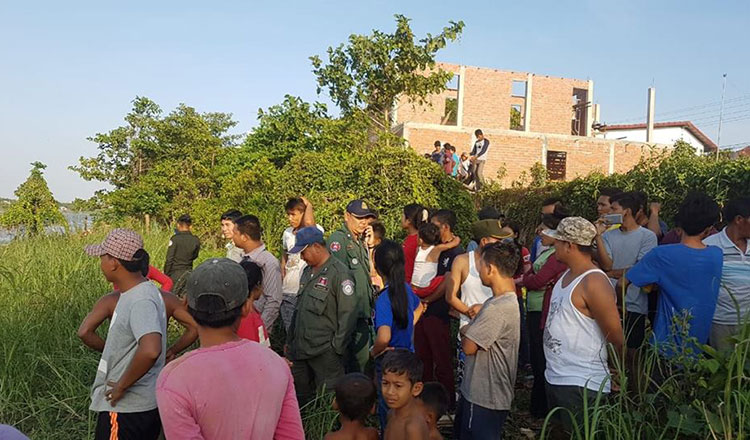 According to a police report, the missing victims are siblings Rin Makara, Rin Srey Oun and Rin Srey Rath.

The mother of the victims, who declined to be named, said that her son Mr Makara and his girlfriend told her that they wanted to ride on a boat. She said that her husband and her two other children decided to join because Mr Makara did not know how to operate a boat.

“I asked them not to do it, but they did not listen,” she said. “After a few moments, I heard the boat sank. I would like to ask the police to please find my three children. I do not know if my children are still alive because they never played in the water and do not know how to swim.”

Mr Yany said police will again search for the victims in order to allow the family to have some closure and likely hold a funeral.