Kampong Cham Provincial Court on Sunday charged six people with fraud for allegedly scamming the owner of a Wing kiosk in Kang Meas district out of $3,000.

They were arrested by police over the weekend at a rental room in Stung Meanchey district in Phnom Penh.

Brigadier General Heng Vuthy, chief of the provincial police’s serious crime bureau, said the six hid from police in Phnom Penh after they scammed the kiosk owner out of $3,000.

“We sent them to court and they are being questioned now. They were charged with fraud,” Brig Gen Vuthy said. “We investigated the case and made the arrest in Phnom Penh.” 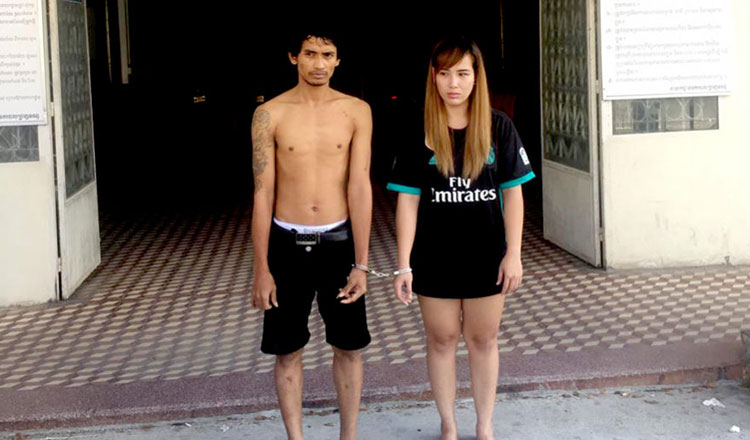 He added that the six scammed Khuon Hok, owner of a Wing kiosk in Kampong Cham’s Kang Meas district.

Brig Gen Vuthy said Mr Hok earlier this month was tricked into making a payment of $3,000 to one of the suspect who was posing as a high-ranking official from Wing.

Mr Hok only found out that the suspect was not with Wing after calling Wing headquarters to verify the transaction.

Hout Vuthy, a spokesman for the provincial court, said he took part in the operation to detain the six suspects.

“The suspects were sent to the provincial court on Sunday,” Mr Vuthy said.