Phnom Penh Municipal Court yesterday charged an Israeli businessman who allegedly posted nude photos and video clips of his Cambodian girlfriend on Facebook after they broke up in May.

Major Sok Sotharith, a penal police officer, identified the accused as Tom Stenmets, 33, the owner of a hotel in Preah Sihanouk province who lives in a rental condo in the capital’s Chamkar Mon district.

“He was charged by the prosecutor with public defamation and pornography,” Maj Sotharith noted. “He is still being questioned by the investigating judge at the court.”

He said Mr Stenmets was arrested at his condo by municipal penal police on Friday in accordance with a court warrant. 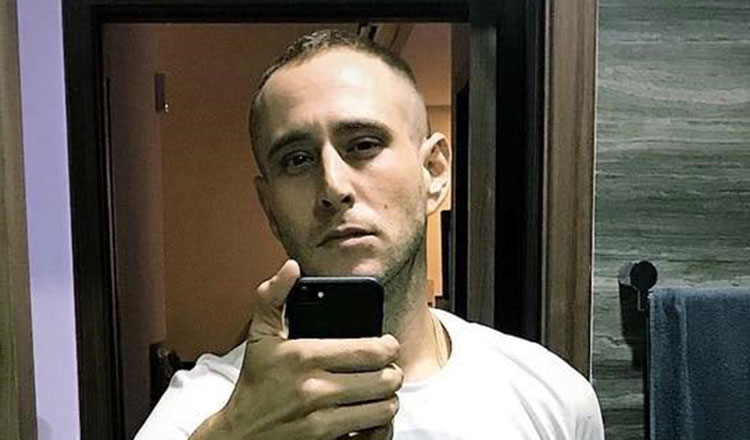 Maj Sotharith noted that the accused was sued by his girlfriend Nhim Sokleng, 28, the owner of Num Cakes Shop in the district.

Ms Sokleng yesterday told reporters in front of the court that she came to know Mr Stenmets via Facebook in 2016. She noted that after chatting with each other over Facebook messenger, they formed a relationship.

Ms Sokleng said that in 2017, she moved in with the accused and that every time they had sex he would film the sessions.

She said that in May, Mr Stenmets publicly posted her nude photos and the sex video clips after she broke up with him following an argument over his violence against her whenever he was drunk.

“He looked down on me as a Cambodian woman,” she said. “My honour and reputation have now been completely destroyed by him.”

“To find truth and justice in this case, I would like to suggest that the court jails him according to Cambodian laws so that he cannot commit the same acts against other women,” she added.

Ly Sophanna, municipal court spokesman, could not be reached for comment yesterday.