At the behest of the local logistics sector, the Ministry of Public Works and Transport is urging international shipping companies to consider reducing, or even dropping, fees that have inflated costs for local firms.

Particularly, the Freight Forwarders Association has raised concerns over the effect the container imbalance charge (CIC) is having on the bottom line of its members. They also complain of high terminal handling charges (THC).

International shipping lines have recently raised prices to include a CIC fee, which is meant to offset the cost of carrying empty or nearly empty containers from Cambodian ports once import shipments conclude, according to Sin Chanthy, president of the Cambodia Freight Forwarders Association (CAMFFA).

Container imbalance charges are normally charged in countries where the amounts imported are bigger than those exported.

In the meeting, Mr Dara discussed the fees and asked shipping lines to consider dropping the CIC, as well as reduce the THC, to help keep the local logistics sector competitive.

“The ministry called on shipping lines operating in Cambodia to consider lowering the CIC or consider it an ocean freight expense as opposed to a local expense,” Mr Dara said.

“We also urged those shipping lines not to increase the THC as the port already set a low price for this service to attract foreign investors,” he added.

CAMFFA’S Mr Chanthy told Khmer Times yesterday that logistics companies were particularly concerned over the creation of new service charges, which continue to put upward pressure on their operating costs. 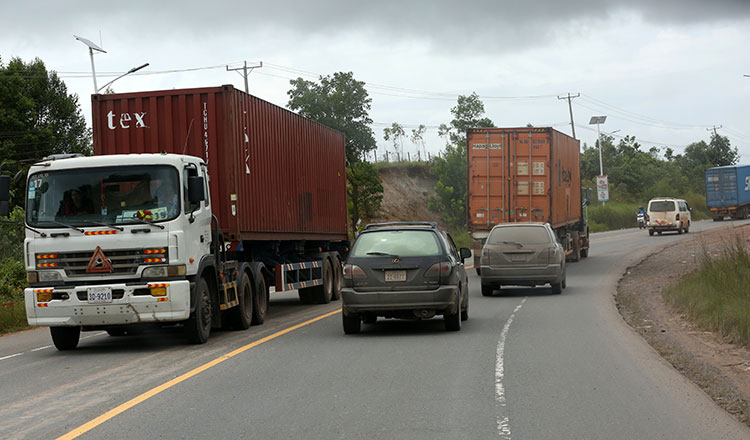 “We request shipping lines to stop increasing local charges that raise logistics costs in Cambodia. We ask them to reduce the CIC as much as possible by considering it an ocean freight expense,” he said.

He explained that in some neighbouring countries the CIC is less than $100, if at all charged. “We want the government to intervene in this issue and help reduce logistics costs to make the country more competitive,” he said.

Shipping line charges like CIC and THC have a particularly negative effect on the textile and manufacturing industries, which export heavily, he added.

After the meeting last week, shipping lines agreed to bring the request back to headquarters and get back to Cambodian officials on the issue as soon as possible, Mr Dara noted.

“We cannot just tell shipping companies what to do. They are also experiencing difficulties, so we have to understand each other. They will get back to us soon,” Mr Dara said, adding that he hopes the issue will be resolved in the near future.

Among Asean nations, Cambodia ranked ninth, just behind Laos, with Myanmar in the tenth position. Cambodia scored a total of 2.58 out of 5, down from 2.80 in 2016.

The global ranking, which measures the performance of 160 countries, ranks countries on six dimensions of trade.

Cambodia received a score of 2.37 for customs performance, 2.14 for infrastructure, 2.79 for international shipments, 2.41 for logistic quality and competence, 2.52 for tracking and 3.16 for timeliness of shipments.